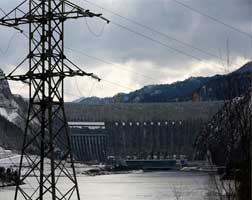 WASHINGTON — The United States will struggle to follow through on threats to impose deeper sanctions on the Russian energy sector, as European fears over collateral economic damage leave President Barack Obama’s administration with diminished options.

Energy is the economic lifeblood of Russia, which vies with the United States and Saudi Arabia to be the world’s top oil producer, and the sector is the main target of Western sanctions over Moscow’s role in the conflict in Ukraine.

But current sanctions have already hit the easiest targets in Russia’s high-tech exploration projects in the Arctic, Siberian shale, and deep-sea. That leaves the United States with less palatable options, such as trying to target the country’s oil exports, as it has done with Iran.

Even though global oil prices have dropped by roughly half since last year, the United States’ European allies remain skittish over any damaging repercussions on energy supplies.

Russia could respond by squeezing the gas exports on which Europe relies heavily.

“If you start playing around with oil prices, Russia is going to play around with gas, and there’s no way Europe is going to go along with it,” said Carlos Pascual, who until last August was the top energy diplomat at the US State Department.

The current top US diplomat on energy issues, Amos Hochstein, says Washington has not exhausted its sanctions toolkit should Russian President Vladimir Putin expand the war in Ukraine. And US Treasury Secretary Jack Lew said last week that the administration is ready to “increase the costs” on Russia if it breaks the terms of a CEASE-Fire.

Hochstein, the State Department’s special envoy and coordinator for international affairs, said it was unlikely Washington would put sanctions on Russia’s current oil production, though he stopped short of ruling it out.

“We’d want to look at what affects Russia, the assessment today versus a year ago is different, because the oil markets today are different than they were then,” Hochstein said.

“Russia can and should be a market participant, but it has to play by the rules of the game.”

Cracks are showing in European support for more sanctions. Going alone on sanctions is not a realistic option for Washington since it would block US energy companies from collaborating with Russia and let European ones in.

Western sanctions imposed late last year forced US oil company Exxon Mobil out of Russia’s Arctic and ended its collaboration with Russian state oil company Rosneft, with which it signed a US$3.2 billion deal in 2011 to develop the region.

European Council President Donald Tusk said on Friday it was increasingly hard to maintain a united position on sanctions in the 28-country bloc. EU officials speaking on condition of anonymity said that half or more of the bloc’s countries would like to see easing of the measures.

Combined with the drop in oil prices, the sanctions have hammered the Russian economy, with the ruble down 40 % against the dollar since mid-2014, driving it toward recession.

But none of this has loosened Putin’s grip on Crimea since Russia annexed it a year ago, even though Russia agreed last month in Minsk to a cease-fire with Ukraine. Putin’s domestic popularity has risen since the imposition of sanctions.

The West could take further steps to halt investment in Russian shale oil drilling, which Moscow is counting on to offset eventual declines in output from traditional oil fields.

But more sanctions on shale drilling would be slow to do further damage to the Russian economy because that resource is three to 10 years from significant production.

That underlines how the West lacks obvious options to hit Russia’s energy business in the short-term and influence its Ukraine strategy, experts said.

“These tools may hurt and bite over time, but the inherent fragility of the Ukraine is so high it is working against the ability of the West to achieve its goals,” said Andrew Weiss, a Russia expert in two previous administrations.

The bluntest sanctions tool available would be to block Russia access to the SWIFT global electronic banking system, as the West did with Iran. Russian bankers and officials have described this as a nuclear option that would lead to full economic warfare.

And beyond energy technology, the United States and Europe simply do not have much that Russia needs, experts say.

“Apart from capital, technology, and certain market access, some of which has been targeted by previous sanctions, there are not that many things Russia wants from the West,” said Marik String, a sanctions lawyer at WilmerHale and former counsel on the Senate Foreign Relations Committee.