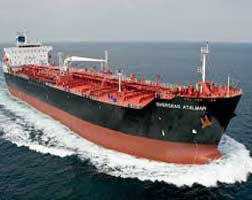 NEW YORK – Oil prices were little changed on Thursday (Jul 2), a day after precipitous falls, as traders worried about a global glut and the first rise in the US oil-rig count this year.

In the last session of the week because of a US holiday Friday, West Texas Intermediate (WTI) for August delivery slipped three cents to USUS$56.93 a barrel on the New York Mercantile Exchange, sticking to its lowest level in more than two months.

Brent North Sea crude for August, the global benchmark, inched up to USUS$62.07 a barrel in London, a gain of six cents from Wednesday’s settlement.

On Wednesday WTI shed about USUS$2.50 after the Department of Energy reported an unexpected increase in US stockpiles last week.

“What seems to bring us back down is we broke the historic string of rig count drops. They jumped by 12 this week, the first increase since December, so that took away some momentum we saw earlier in the day,” he said.

After falling by more than 50 % from a year ago, producers had 640 drilling rigs at work this week in the United States, up from 628 the prior week, according to oilfield service company Baker Hughes.

Meanwhile, the market kept an eye on talks between six world powers and major oil producer Iran aimed at curbing its nuclear ambitions. Both sides were grappling for a breakthrough as last-ditch talks dragged into a sixth day Thursday ahead of the Jul 7 deadline.

Iran rejects allegations that it has been seeking to develop nuclear arms, and has resisted moves to give the International Atomic Energy Agency unbridled access to sensitive military sites to verify its claims.

Successful outcome of the talks could see the lifting of sanctions that have forced the country to cut by half its oil exports.