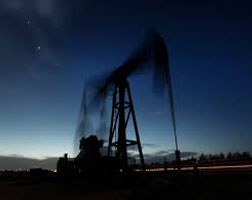 There are more signs that the North American oil boom, and the lower gas prices it brought with it, is running out of…well, gas.

On Monday, Houston-based BPZ Energy, an independent oil and gas exploration and production company, announced it was voluntarily filing for Chapter 11 bankruptcy protection.

Starting last summer, the glut of oil coming from the boom in the U.S. and Canada helped to drive gas prices down to historic lows — a development welcomed by consumers and companies dependent on gasoline, but a shock for the bottom line of the oil exploration and oil production companies.

In a press statement Manolo Zuniga, BPZ Energy’s president and CEO, cited the overall oil industry downturn as one of the major factors towards his firm’s decision.

Just a day earlier another energy company headquartered in Houston, Dune Energy, announced it was heading into Chapter 11 bankruptcy. The company said it had requested approval of US$10 million debtor-in-possession financing from its pre-bankruptcy lenders, and would continue to operate its oil and gas production facilities as debtor-in-possession.

And last week, Cal Dive International filed for bankruptcy protection. The company contracts out marine work to the offshore oil and gas industry, and provides them services such as manned diving, oil platform installation and pipeline burial.

“Our business has experienced several adverse events that were beyond our control,” Cal Dive’s chairman, president and CEO Quinn Herbert said at the time, “and with our current capital structure, we are no longer able to financially withstand the industry downturn.”

The oil industry is well-known for its cycles of boom-and-bust. But regions where the economy depends on oil, such as in Houston, are bracing for a financially difficult year.

“We’re seeing ripples, but we’re not seeing waves crashing on the shore,” said John Melko, an attorney who specializes in financial restructuring and reorganization, told the Houston Business Journal this past January.

“(But) if these prices stick, then we’re going to see widespread restructuring in the next couple of months.”