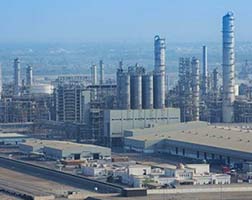 The PTA will be used in a new Ompet plant in Sohar.

BP has signed a licensing agreement with Oman International Petrochemical Industries Company (Ompet) for the use of BP’s latest generation purified terephthalic acid (PTA) technology in a new Ompet plant in Sohar.

“This is the first licence for BP’s PTA technology in the Middle East which is an important and strategic region for BP, and is a testimony to the advantages of the company’s technology and to its extensive experience as a PTA producer,” Rita Griffin, chief operating officer, BP Petrochemicals, was quoted as saying in the report.

He added that the front-end engineering design (Feed) package for the licence has been completed and delivered to Ompet on schedule.

Continued heavy investment in BP’s proprietary technology will maintain its PTA technology as the global leader, and also as the technology of choice for the future. Innovations in the technology will continue to be developed and implemented and these will be available to our licensees, including Ompet, Leonardi added.