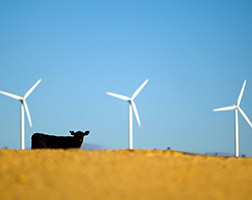 The sale of renewable energy developer Pacific Hydro Pty has drawn interest from companies including AES Corp. and Norwegian state power generator Statkraft AS, people with knowledge of the matter said.

Pacific Hydro, which could fetch more than A$2 billion (US$1.5 billion), has also attracted U.S.-based TerraForm Power Inc. as a potential suitor, the people said, asking not to be identified as the details are private. Its owner, IFM Investors Pty, will send out detailed information next month and ask for indicative bids in September, according to a sale document seen by Bloomberg.

IFM, which invests money for Australian pension funds, is selling Pacific Hydro after agreeing in the past year to buy a US$5.7 billion Indiana toll road and a US$652 million stake in Vienna’s airport operator, data compiled by Bloomberg show. Australian Prime Minister Tony Abbott has called wind farms ugly and noisy and his government this month directed the A$10 billion clean-energy bank to stop investing in existing plants.

Pacific Hydro owns 19 assets in Australia, Chile and Brazil with a combined 900 megawatts of wind and hydro energy generation capacity, with another 1.8 gigawatts of development projects. It expects to generate more than A$175 million this year in normalized asset earnings before interest, tax, depreciation and amortization, according to the sale document.

IFM may consider selling Pacific Hydro’s assets separately, two of the people said. The sale is at an early stage and there’s no certainty the suitors will proceed with offers, according to the people. Spokesmen for IFM, AES, TerraForm and Statkraft declined to comment.

Statkraft, Europe’s largest generator of renewable energy, produces hydro, wind and gas-fired power in more than 20 countries including Germany, Brazil, Peru and the U.K., according to its website. It owns half of Pacific Hydro’s La Higuera and La Confluencia hydro plants in Chile.

AES, based in Arlington, Virginia, has a Chilean unit that generates more than 5,000 megawatts from coal, gas and hydro, according to its website. It also owns the Laurel Mountain wind farm in Virginia, which supplies 260,000 megawatt-hours of renewable energy annually.

TerraForm, which was formed last year by solar energy company SunEdison Inc. to own and operate its power plants, this month agreed to buy 930 megawatts of wind-power capacity from Invenergy Wind LLC for US$2 billion.

Bank of America Corp. and Credit Suisse Group AG are advising IFM on the sale. – Bloomberg