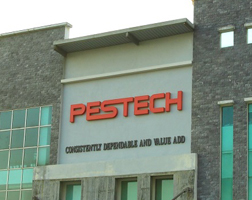 KUALA LUMPUR – Power system engineering and technical solutions provider Pestech International Bhd has become a concession owner in Cambodia after it secures a project worth RM1.59bil.

It told Bursa Malaysia yesterday that it had signed an agreement with Cambodia’s Mines and Energy Ministry and state-owned Electricite Du Cambodge (EDC) to transfer the ownership of the 230kV Kampong Cham – Kratie Transmission System project to its 60%-owned Diamond Power Ltd.

The build-operate-transfer project to bring electricity from the upcoming Hydro Power Lower Se San 2 hydropower plant in Stung Treng to Kratie is for a 25-year period.

“Diamond has now procured all the necessary legal documentations, which signify the full and effective ownership of the project,” it said.

During the first three years of commercial operation starting end-2017, EDC will pay Diamond US$12.25 mil (RM44.37mil) per year.

“This marks the entry of the Pestech group as an independent power transmitter on a concession basis,” it said.

“Pestech does not foresee any exceptional risk other than the normal operational risk associated with the project. The company will take necessary steps to mitigate the risks as and when it occurs,” it added.

Its share price has more than doubled from RM2.49 a year ago.

Before the announcement of this concession, Pestech has gotten three projects totalling RM78.3mil since beginning of the year.

Kenanga Research has an “outperform” call on the counter with a target price of RM5.04.