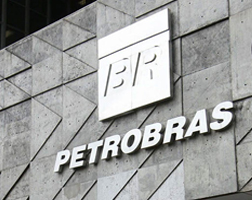 Petrobras will sell 34 onshore production fields in northeast Brazil to 3R Petroleum for US$453 million and three shallow water fields off the coast of Rio de Janeiro to Perenco for US$370 million. Following the sales, Petrobras will focus more on deepwater.

Read: Petrobras to pay US$2.95 billion to settle U.S. class action over corruption

Petrobras said the US$453 million sale are fields that have run for over four decades in the northeast state of Rio Grande do Norte. The company added that US$34 million will be paid at a December 7 signing, with the remainder in the closing. The fields produce 6,000 barrels per day combined.

As for the other transaction with Perenco, Petrobras said that US$74 million is to be paid on signing and the remainder in the closing. The offshore fields produce 9,000 barrels per day in seven platforms. The output is shipped to the mainland through a pipeline.

Petrobras said in both statements that the sales fit into its divestment program, as it shifts focus to investments in Brazilian deepwater.

Both 3R Petroleum and Perenco will operate the assets starting from the closing of the transaction.

Petrobras also mentioned that its October production of oil and gas was 2.66 million barrels of oil equivalent per day, with 2.54 million produced in Brazil and the rest abroad.