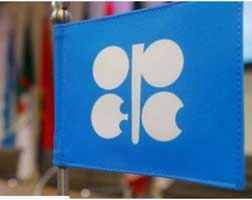 According to a press statement published online by OPEC,  the State of Qatar has withdrawn from its membership of  the Organisation of the Petroleum Exporting Countries (OPEC), pursuant to Article 8 of the OPEC Statute, with effect from 1 January 2019. The notice was received by the OPEC Secretary General, Mohammad Sanusi Barkindo.

Qatar, which is reportedly shifting its focus  on boosting its liquefied natural gas (LNG) output by over 40% to 110 million tonnes/year from 77 million tonnes/year, has been in quandary when a Saudi-led Arab Gulf states-coalition sanctioned it with economic and travel blockade in 2017 on allegation that the Qatar government was sponsoring terrorism.

OPEC commented on Qatar’s withdrawal: “Every member country has the sovereign right to withdraw from the organisation and this requires no approval from the OPEC Conference. The organisation respects the decision taken by Qatar”.