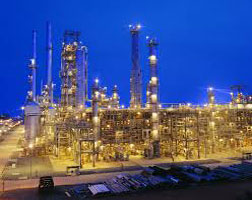 NEW YORK – Petrochemicals are an essential part of commodities used in daily lives. They are used in various end-use industries, ranging from manufacturing to consumer goods. Petrochemicals are chemical compounds derived from petroleum and other hydrocarbons, which are obtained from crude oil and natural gas. They are primarily used as chemical building blocks for a variety of materials and applications. Rising demand for petrochemicals in major end-use industries coupled with favorable operating conditions, primarily in the Middle East and Asia Pacific, is expected to drive the global market for petrochemicals from 2013 to 2030. Demand for bio-based chemicals is increasing due to growing consumer awareness and benefits associated with their usage. Investment in bio-based chemicals in the public sector (including national laboratories and universities) and commercial sector (including large multinational corporations) is anticipated to increase in the near future. Therefore, this trend is estimated to hamper the petrochemicals market. Additionally, volatility in prices of crude oil & natural gas is likely to inhibit market growth. However, rising shale gas discoveries, primarily in North America (including the U.S. and Canada) is benefitting petrochemical producers, since shale gas is considered a substitute feedstock that is used in the manufacture of petrochemicals.

The report also comprises a detailed value chain analysis that offers a comprehensive view of value addition at each stage of the value chain. The value chain of petrochemical is significantly integrated, both from the downstream and the upstream perspective. It is dominated by refineries that process raw crude oil, natural gas and coal to manufacture olefins and aromatics through fluid catalytic cracking of petroleum fractions. The study includes Porter’s Five Forces model, which analyzes the existing competition, bargaining power of suppliers, bargaining power of buyers, threat from substitutes, and threat from new entrants. The report includes drivers and restraints affecting the growth of the petrochemicals market, and the impact of these factors on the market in the near future. Additionally, it provides opportunities for the petrochemicals market on the global level during the forecast period. The report also includes market shares of major companies operating in the global petrochemicals market. It also provides market attractiveness of petrochemicals. The market attractiveness analysis is based on various factors such as market size of each product, growth rate during the forecast period, demand for downstream products, and government and environmental regulations. – Market Watch