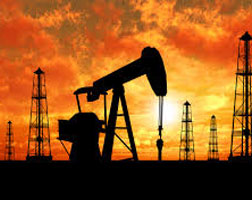 NEW YORK – Oil prices fell in volatile trading on Monday as the Greek debt crisis raised concerns about demand for petroleum in Europe and as the U.N. started talks to try to bring peace to Yemen, where OPEC heavyweight Saudi Arabia is involved in a civil war.

The weak July Brent expiration also signalled “a much over-supplied North Sea trade that is seeing the impact of near record OPEC production both directly and indirectly,” Jim Ritterbusch, analyst at Ritterbusch & Associates in Galena, Illinois, said in a research note.

The spread between Brent and US crude (CL-LCO1=R) shrank to US$2.65 a barrel intraday, the narrowest since January. A month ago it was more than $7 a barrel.

Brent has fallen from a high above US$66 last week and appeared to be settling in a range between US$60 and US$65, said Carsten Fritsch, senior oil and commodities analyst at Commerzbank in Frankfurt.

Global stock markets fell on Monday after talks between Greece and its creditors collapsed on Sunday.

The euro recovered from earlier weakness. The dollar’s intraday strength had weighed on oil futures as a strong dollar makes dollar-denominated oil more expensive for consumers using other currencies.

United Nations chief Ban Ki-moon launched Yemen peace talks in Geneva with a call for a humanitarian truce after warplanes from a Saudi-led Arab coalition pounded the capital Sanaa.

US industrial production unexpectedly fell in May, data released on Monday showed, as a strong dollar and energy spending cuts weighed on manufacturing and mining output.

Oil futures felt pressure from concerns about surplus supply with the Organization of the Petroleum Exporting Countries (OPEC) pumping about 2 million barrels per day (bpd) more than needed, according to most industry estimates.

Output is increasing in Libya, where production has been constrained by civil war.

Production has risen in Saudi Arabia and Iraq, and a deal on Iran’s nuclear program could lead to sanctions being lifted, allowing Tehran to increase exports.

“Sentiment this morning gets a bearish touch from negative equities, a dollar to the strong side, Greek concerns and news of some increase in Libya oil production,” said Bjarne Schieldrop, chief commodities analyst at SEB Markets in Oslo.- Reuters