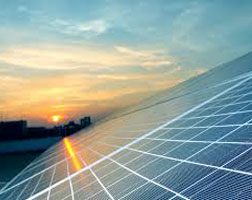 Stellar Energy brings to REC its customer base in the mining, oil, agriculture and food processing businesses, said Jonathan Doochin, CEO of Soligent, which sold Stellar, its subsidiary, to REC.

Besides bringing with it 60 megawatts of projects, completed or under construction, Stellar also contributes 28 megawatts worth of contracts to operate and maintain solar power projects to REC’s portfolio, the company said. Those projects will increase REC’s solar power delivery contracts to roughly 200 megawatt. Its operations and maintenance contracts also now total about 200 megawatts as a result of the acquisition.

“We had complementary skill sets and portfolio to what REC is doing,” Doochin said.

Buying Stellar should help REC expand its reach in the commercial solar market and compete with the likes of SolarCity, which installed the most commercial projects in the U.S. in 2014, according to GTM Research. Duke Energy DUK +0.7% took a majority stake in REC earlier this year, its first investment in a solar installer.

Stellar has been around since 2004, and in 2012 it merged with solar equipment suppliers, DC Power Systems and Solar Depot, to form Soligent. After that, Stellar turned itself around from being a money-losing operation to becoming a profitable business in 2013, Doochin said. Stellar also became an attractive candidate for sale.

With money from selling Stellar, Soligent can improve its solar equipment distribution, financing and software services. The California company has historically lined up funds from financial institutions to enable its network of 5,000 dealers, such as roofing companies and electricians, to market solar power purchase agreements to commercial customers. In April this year, Soligent began to offer loans.

Soligent is working on rolling out a software tool this summer that will allow its dealers to use Google GOOGL +0.32% maps to select and home in on a good rooftop spot for installing solar panels and receive an equipment list and financing options all within 3 minutes, Doochin said. Right now, the entire process takes several days and largely involves filling out forms on paper. – Forbes.com