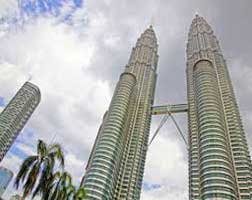 It is expected Malaysian state oil/gas firm Petronas will start up its new refining/petrochemical complex, situated in the southern state of Johor in Malaysia, in April as the project moves toward full commercial production this October, according to a Reuters report.

The US$27 billion Pengerang Integrated Complex was completed in five years. Petronas and Saudi Aramco jointly own the refining complex, which has a capacity of 300,000 barrels per day (bpd).

The initial products would not meet commercial specification yet as trial runs are still under way, said Arif Mahmood, Petronas’ Executive Vice-President/CEO of downstream, speaking at the CERAWeek energy conference in Houston, Texas, recently.

Petronas also is prepared to do “a lot more blending” of oil to meet demand for low-sulphur oil from shippers when new fuel regulations by the International Maritime Organization (IMO) start in 2020, Arif said, adding that the conversion to LNG (liquefied natural gas would be a plan.

Meanwhile, Petronas will continue to produce high-sulphur fuel oil at its Engen refinery in South Africa, with Arif adding that the company will find demand in some markets and offer blending services. He added that Petronas could also tap its heavy sweet crude production in South Sudan and Chad to blend with fuels.