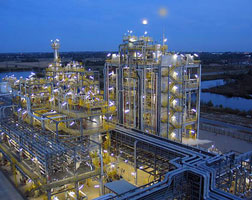 State-run PKN Orlen, Poland’s largest oil refiner, is launching its largest on record petrochemical investment programme, valued at approximately EUR2 billion. Under the programme, new petrochemical expansion projects will be planned at the Płock and Włocławek sites by 2023. Once completed, the programme could add as much as PLN1.5 billion to the annual EBITDA.

“The investment projects implemented under the programme to expand the Polish petrochemical assets will enable deeper integration of the refining and petrochemical segments and help to further diversify the Group’s revenue sources. The reward is worth the effort as the annual EBITDA will increase by an estimated PLN1.5 billion following completion of the projects. This means the investment will be returned in five to six years, which is great news for our shareholders,’ said Daniel Obajtek, CEO/President of the company.

Once completed, the investment programme will solidify the company’s position in Europe and bring tangible benefits to the economy, including by improving the balance of trade with the petrochemical products to be manufactured after the programme is completed, and helping Poland to transition from a net importer to a net exporter of petrochemicals.

PKN Orlen’s new investment programme will involve the construction of new and expansion of the existing production capacities of aromatic derivatives, olefins, and phenol. It will also greatly facilitate the development of the company’s R&D capabilities through investment in the R&D Centre.

“The value of the petrochemicals and base plastics market will double by 2040. PKN Orlen wants to and must make the best use of its potential in this business area. This is why we have spent the past weeks selecting the optimum path for expanding our production assets. The investment programme will increase our petrochemical production capacity by approximately 30%. Importantly, the new products will be sold on the local market, improving Poland’s balance of trade in petrochemicals,” added Obajtek.

Demand for petrochemicals is expected to rise, fuelled by the world’s population growth, economic growth, and shifts in demand for industrial raw materials. The upward trend is also seen in Poland, where plastics consumption is on the rise due to growing prosperity, although consumption per capita remains significantly lower compared with Western Europe.

Petrochemicals will be increasingly used to manufacture plastic products, including for automotive applications. For instance, after 2020 the percentage of plastics in vehicles will be 25% (compared with 20% in 2000). PKN Orlen’s petrochemical investments are therefore in line with European and global trends towards alternative fuel vehicles.

At the same time, the ongoing petrochemical projects designed to extend PKN Orlen’s value chain will be continued.

The construction of the Metathesis Unit in Płock, to produce polymer-grade propylene, is proceeding on schedule, with the plant’s current nominal capacity of 450,000 tonnes of propylene. The project, estimated at over PLN400 million, will increase it to 550,000 tonnes/year. The unit is planned to be completed and come on-line as early as in the second half of 2018.