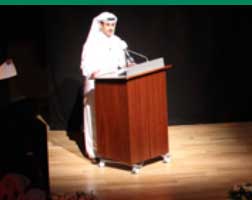 Already the world’s largest LNG (liquefied natural gas) supplier, Qatar has topped up its expansion plan for its vast LNG production facilities after drilling and appraisal work at its gas fields and now expects to produce 126 million tonnes a year (mtpa) by 2027.

Read: Qatar exits from OPEC to focus on LNG production

This comes as prices for the gas are at multi-year lows thanks to a surge in production from the US, Russia and Australia.

The increased expansion plans, however, may not be enough to keep rival producing countries at bay who are fast closing in on Qatar’s dominance of the fast-growing market, said a Reuters report.

“This will raise Qatar’s LNG production from currently 77 million tonness to 126 million tonnes/year by 2027, representing an increase of about 64%,” he said

Qatar’s expansion plans, announced earlier on a smaller scale in 2017 and 2018, are seen as a lucrative opportunity, given the size of the development and easy access to gas, for oil majors who have showered Qatar Petroleum with some of their prized ventures for a role in QP’s projects.

QP had said it was lifting its LNG production to around 110 million tonnes/year by 2024, and that it would build four new production facilities, known as LNG trains.

The allure is cheap gas from the North Field, the world’s biggest natural gas field which Qatar shares with Iran. Qatar’s gas extraction costs are some of the lowest in the world.

QP did not disclose the cost of expansion, but it is expected that the expansion phase will still cost dozens of billions of dollars.

Qatar has dominated the LNG market for over a decade and has been able to influence its mechanisms such as bedding down inflexible supply contracts with very long-term buyers.

But this power has been eroded with the rise of other producers especially in the US, which have shaken up the market with looser and shorter contracts.

The currently oversupply market comes partly from a rise in US production from below a tonne in 2015 to an expected 40 mtpa this year. Australia, also, has splashed out on big LNG projects and Wood Mackenzie expects the country’s production to be on par with Qatar’s from next year until about 2024.

Later in the decade, the US will vie for top spot with Qatar although this latest plan from QP will make US companies, private with little state support, more hesitant to finalise projects if the market becomes oversupplied again.

Qatar’s total hydrocarbon output will also rise to 6.7 million barrels of oil equivalent per day (boed) from around 4.8 million boed in the next eight years, Kaabi said.