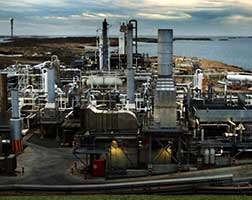 Australia’s newest oil and gas company, the $US2.1 billion Quadrant Energy, is expected to be launched today when a consortium of Brookfield Asset Management, Macquarie Capital and Angela Bennett settles its acquisition of Apache’s WA business unit.

Settlement of the deal, first announced in April, will all but conclude Apache’s exit from WA, with its sole remaining asset an interest in the Yara Pilbara fertiliser business near Karratha.

Details surrounding Quadrant’s launch have been kept top secret, with most of the hundreds of Apache staff who will transfer to the new ownership structure yet to be informed.

It remains unclear whether Quadrant will also be the trading name for a business that includes operatorship of the Varanus Island and Devil Creek domestic gas processing hubs, a stake in BHP Billiton’s Macedon operation and interests in several producing oil and gas fields in the Carnarvon and Exmouth basins, and onshore exploration activities in the Canning Basin.

Brookfield owns half of Quadrant and Macquarie and iron ore heiress Mrs Bennett’s AMB Holdings will own the other 50 %. It is thought AMB could have as much as 20 %.

Quadrant will be run by chief executive Brett Darley, who was managing director of Apache Australia.
Its board of directors is expected to include Brookfield’s Len Chersky, Macquarie’s Robert Dunlop and AMB executive director Michael Ashforth.

Alcoa, though not involved at an equity level, is a foundation customer of the business after agreeing to buy 120 terajoule a day off Quadrant from 2020, to replace some of its historic supply from the North West Shelf.

The sale of the domestic gas-focused unit comes after Apache offloaded its stakes in the Wheatstone LNG and Balnaves oil-producting ventures to Woodside Petroleum as part of a $US3.75 billion that settled in April. – Yahoo! News