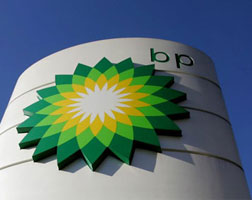 Large oil companies have closed down dozens of refineries in the past few years due to overcapacity.

BP and Total reported higher than expected profits on Tuesday thanks to steep increases in profits from refining, showing the resilience of global oil firms in the face of slumping oil prices.

Large oil companies have closed down dozens of refineries in the past few years due to overcapacity and because refining, or downstream in industry jargon, has been long seen as a drag on earnings compared to more profitable oil and gas production.

But a slump in oil prices, benchmark Brent prices almost halved to US$55 a barrel in the first quarter of 2015 from a year ago, meant refineries could process much cheaper crude and generate higher profits on fuels such as diesel or gasoline.

As a result, BP’s underlying pre-tax replacement cost profit from downstream businesses in the first quarter of 2015 more than doubled to US$2.2 billion. At the same time, pre-tax profits from oil and gas production, or upstream, collapsed to US$0.6 billion from US$4.4 billion a year earlier.

At Europe’s largest refiner Total, adjusted net operating income from refining and chemicals more than tripled from the first quarter last year to US$1.1 billion, almost matching contributions from upstream of US$1.36 billion, down 56 %.

“Majors with high downstream exposure such as Royal Dutch Shell, Total or ExxonMobil should benefit from the strong global refining environment, which BP expects to last into the second quarter,” analysts from Edison Investment Research said in a note.

Weaker refining margins so far in the second quarter as a result of higher crude oil prices mean next quarter’s results might not benefit so much from downstream, analysts said.

BP’s overall profit fell 20 % from last year to US$2.58 billion and Total’s was down 22 % at US$2.60 billion, but in both cases their strong refining performances meant the results beat analysts’ expectations.

Shares of BP and Total rose 1.4 and 2.0 % respectively, both outperforming the broader European oil and gas sector’s index.

Oil production rises
Despite the collapse in upstream earnings, analysts pointed out that both BP and Total had hefty increases in production after years of unimpressive growth, meaning earnings should recover quickly as soon as oil prices rise.

Total said its oil and gas output of 2.4 million barrels per day of oil equivalent (boed) during the first quarter was up 10 % year-on-year thanks to new projects in Norway, Nigeria and the North Sea, as well as a new concession in the UAE.

BP’s overall production, excluding Russia and adjusted for divestment, was up 3.7 % to 2.3 million boed, also driven by new projects.

BP said besides lower oil prices, its upstream results were also hit by a US$375 million break fee for two deepwater rig contracts in the US Gulf of Mexico, which sent BP’s U.S. upstream business into a US$545 million loss.

“Rig cancellation costs are likely to show up in other majors’ results this quarter, as all majors rein in offshore drilling activity,” analysts from Edison said.

Oil giants have responded to the sharp drop in oil prices in recent months by cutting 2015 capital spending by an average of 10-15 % and initiating large restructuring programs and renegotiating service contracts.

On the downside, BP disappointed analysts with a plunge in cash flow to US$1.86 billion from US$8.23 billion a year earlier due to the lower oil prices and as a result of a large build-up in the company’s oil stocks.

Total’s first quarter adjusted cash flow from operations was down 25 % from a year earlier at US$4.64 billion. – Fortune