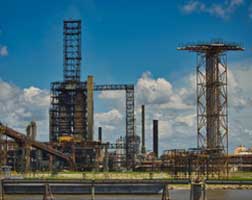 Repsol, the Spanish energy company with Malaysia’s Petronas and Japan’s Mitsui Oil Exploration (MOECO) announced their discovery of a substantial natural gas deposit in Sumatra, Indonesia, which they also  described as one of the ten largest gas finds in the world over the past 12 months, and the largest in Indonesia in 18 years.

The discovery was made in the Sakakemang block in South Sumatra, where Repsol, as operator, holds a 45% stakes; Petronas owns 45% and MOECO the remaining 10% on the discovery.

Cooperating closely with SKK Migas on the activity,  Repsol will continue the exploratory work in the coming months with an additional planned appraisal well.

Indonesia is the focus of Repsol’s exploration investments in Southeast Asia. Repsol holds severals licences in Sumatra, both onshore and offshore, and plans to execute an intense drilling and seismic acquisition campaign in 2019 and 2020.