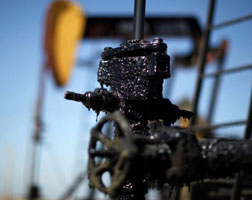 Oil prices should stabilise in the second half of this year and rise in 2016 and 2017 as consumers respond to a period of much cheaper fuel, a Reuters poll of analysts showed on Monday.

The survey of 34 analysts predicted North Sea Brent crude LCOc1 would average US$59.20 a barrel in 2015, up from around US$55 so far this year. The forecast is up just 20 cents from the projection in last month’s Reuters survey.

Oil prices fell more than 60 % between June 2014 and January, and although they have recovered a little since then, they are still around half their level a year ago.

This has encouraged motorists to make more use of their cars and let factories and other businesses boost fuel consumption.

London-based consultancy Energy Aspects expects world oil demand to rise by up to 1.5 million barrels per day this year. That’s double the rate of oil demand growth seen last year, according to the International Energy Agency.

Increasing demand should help absorb any extra oil coming onto the market from Iran, if it can agree a nuclear deal with the West that would bring an end to sanctions.

“The global market is expected to move into supply deficit in the second half (this year), with that deficit reaching 1 million bpd in the fourth quarter,” Standard Chartered analyst Paul Horsnell said.

Standard Chartered, one of the most bullish banks, expects Brent to average US$76.00 in 2015.

Twenty of the 32 analysts who contributed to both the February and March Reuters polls left their 2015 Brent forecasts unchanged. Six of them increased their outlooks, with equal numbers seeing lower prices.

European investment bank Barclays raised its Brent forecast for 2015 by US$7 to US$51, the biggest increase by any contributor.