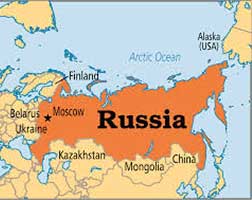 Russia says it has begun supplying gas to the war-ravaged area of eastern Ukraine, now that the government in Kiev says it can no longer deliver fuel there because of heavy fighting and damage to fuel-supply networks.

Ukraine’s state gas company, Naftogaz, said Feb. 19 that it cut off gas to the rebel-held region the day before “[d]ue to the extensive damage of the gas transport networks, the supply of gas … [and] the ongoing hostilities in the region.” It includes the self-described republics of Donetsk and Luhansk.

Within hours in Moscow, Prime Minister Dmitry Medvedev told a meeting of his cabinet that he had directed the Energy Ministry and the Russian gas giant Gazprom to draw up “proposals of humanitarian aid in delivering gas for the needs of these regions, unless of course [Kiev] doesn’t take any action to supplying gas according to the normal schedule.”

Gazprom said it immediately began supplying gas to eastern Ukraine through two pumping stations on the two countries’ shared border. Gazprom CEO Alexei Miller said his company was pumping the fuel at a rate of 12 million cubic meters per day. This was in addition to the 30 million cubic meters of gas per day that Ukraine already was receiving, according to Sergei Kupriyanov, a Gazprom spokesman.

Gazprom’s fuel deliveries to Ukraine – and their occasional interruptions – have been just one sore spot in the sour relations between Moscow and Kiev. Ukraine receives most of its gas from Russia, and at the same time pipelines transiting Ukraine provide Western Europe with about 30 % of its gas, which comes from Russia.

In February 2014, Ukrainian President Viktor Yanukovich, who favored continued cordial relations with Russia, was confronted by a popular uprising of citizens demanding closer ties with the European Union. He fled to Moscow, and Russian President Vladimir Putin responded by annexing Ukraine’s Crimean peninsula.

Russia is now suspected of providing weapons and even manpower to a heavily armed pro-Russian separatist movement in Ukraine. In response, the EU, the United States and, most recently, Canada have imposed strict economic sanctions on Russia.

Because of its reliance on Russian gas, Ukraine’s prime minister, Arseny Yatsenyuk says he’s ready to find other sources of energy by getting more gas from its European neighbors and increasing oil and gas exploration in his own country.

“We have proved that we are able to get rid of Russian gas dependence,” Yatsenyuk said on the Ukrainian 1+1 channel on Sunday. He noted that in 2013 Ukraine bought 95 % of its gas from Russia, but reduced that to only 33 % in 2014, with the balance provided by Europe.

The state-run gas supply and transit company Ukrtransgaz reports that Ukraine imported 5.1 billion cubic meters of gas from Europe in 2014, a 59 % increase over 2013. It said that is attributable to the new Voyany-Uzhgorod pipeline.