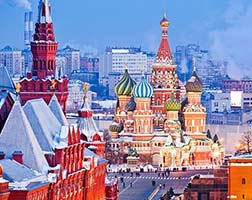 Russia’s Gazprom threatened on Tuesday to switch off gas to Ukraine within days unless it sends more money, and said transit to Europe could be under threat, reviving a dispute that had been set aside since December.

The quarrel over gas supplies and pricing has played out in the background throughout the past year while Ukrainian forces have battled pro-Russian separatists in a war that has killed more than 5,600 people.

A European-brokered deal late last year restored Ukraine’s supplies through the winter, but that now appears to be in jeopardy after disagreement over who should pay for gas supplies to rebel-held areas.

Under the deal, Ukraine is required to pay in advance for gas. But it said it will not make any further payments without new guarantees because Moscow failed on Sunday and Monday to deliver gas that had already been purchased.

Gazprom said it had received prepayment for only 219 million cubic metres (mcm) of additional gas, enough for just two days, and would be forced to stop supplies unless more money arrived.

Europe gets around a third of its gas needs from Russia, with roughly half of that piped viaUkraine. Europe also sends gas in the other direction to Ukraine, to provide around a quarter of its needs.

Ukraine’s state gas firm Naftogaz said Kiev was in talks with European partners about the situation.

Now that the cold winter months are past, Ukraine is less dependent on Russian gas than it was when the deal was signed in December. The winter deal was due to expire at the end of March anyway, and both sides have been preparing for negotiations to cover the summer, when Ukraine’s demand is far less urgent.

“We will be able to survive without Russian gas for some time. But we do not want to say that everything is fine. We want Europe to consider increasing reverse flows to Ukraine, it will be a logical step,” a source in Ukraine’s energy sector said.

Last year Ukraine survived six mainly warm months without Russian gas during the dispute, and flows to Europe were not affected. Ukraine consumes about 160-180 million cubic metres (mcm) of gas per day in mild winter weather. It produces around 55 mcm per day and has 8.2 billion cubic metres in storage.

It receives about 45 mcm from Europe and says it has the technical capability to increase this to 55 mcm.

A spokeswoman for the European Commission said Brussels was not concerned that the dispute would hurt supplies to Europe.

“At the moment, gas flows to the EU are normal and we expect that the gas transit to the EU will not be affected,” Commission spokeswoman Anna-Kaisa Itkonen told reporters.

The dispute appears to have resurfaced after the two sides argued last week over supplies for territory controlled by pro-Russian separatists in the east.

Naftogaz said on Tuesday that Gazprom had supplied less than half of two prepaid daily shipments of 114 million cubic metres of gas, due for delivery on Sunday and Monday.

“Gazprom has given no explanation regarding the violation of their contract obligations. Naftogaz is waiting for official explanation from the Russian side,” the Ukrainian firm said.