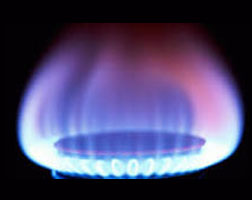 The price of gasoline rose 13 cents in the last two weeks, bringing the national average for a gallon of regular gas to US$2.33 – up 26 cents from the national low which hit on Jan. 26. –according to the Lundberg Survey released on Sunday.

“It was dropping dramatically for nine months straight and then it hit bottom, and now it’s up 26 cents since then, the latest being 13 cents the past two weeks,” survey publisher Trilby Lundberg said.

The survey showed that the highest gas prices in the contiguous US was in Los Angeles where gas is US$2.91 per gallon, and that the lowest was in Salt Lake City at US$1.91 per gallon.

According to survey publisher Lundberg, the continued steelworkers’ strike and a refinery explosion that occurred Wednesday at an Exxon Mobil Corp plant in Torrance, Calif., contributed to this most recent upward push in prices.

The steelworkers’ strike, the largest in 35 years, is currently in its fourth week and is affecting 12 oil refineries and 20 percent of American oil production, according to CNBC.

Gas prices in California immediately spiked following the gas explosion, as the Torrance Exxon refinery produces about 10 percent of California’s gasoline. Director of America’s Oil News Jeff Mower made the point that the prices were already on their way up in California because many refineries are not currently operating at full capacity since it is maintenance season.

But prices are still keeping with the global head of energy analysis at Oil Price Information Service Tom Kloza’s predictions from two weeks ago.

“We are going to see increases in the next 90 days and I wouldn’t be surprised to see prices considerably higher by April but nothing like what we have seen in the last four years,” Kloza said.

As the Monitor reported previously, the spike in gas prices may be unwanted but it isn’t unusual and it isn’t necessarily cause for concern.

Gas prices typically rise by about 30 to 50 cents during this time of year because refineries are switching from making winter gasoline, which is cheaper, to the more expensive fuel used during the summer. The switch also creates an opportunity for refineries to do maintenance work, which requires shutting down units and pushes prices up.

US$2.33 per gallon is still an improvement from last year’s average.  Gasoline is down $1.08 a gallon from the same year-ago period, and there is no shortage of gasoline, said Trilby Lundberg