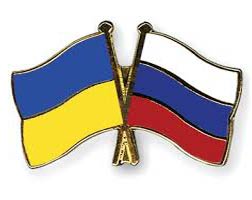 The Russian energy minister said that Russian gas world be delivered at a flat $348 per 1,000 cubic meters or $248 with a proposed $100 discount beginning April 1.

“’Take-or-Pay’ is covered in the current contract from 2009, so from April 1, it will continue to exist in accordance with the contract,” Novak told journalists, adding that Ukraine will also need to continue the prepayment plan for Russian gas deliveries.

Earlier on Wednesday, Russian Prime Minister Dmitry Medvedev signed instructions to give Ukraine a discount on gas “of no more than $100” per 1,000 cubic meters of fuel.

The price for gas so far has not been set yet as it depends on oil prices, but it estimated to be $348 in the second quarter of 2015.

The European Union, Ukraine, and Russia plan to meet to discuss future gas deliveries to Ukraine and transit gas to Europe.

“So far there is no final agreement, we’re discussing the issue [of when and where]. It could be in Berlin where the Valdai Club will meet because I plan on attending it…we’re currently coordinating these activities,” Novak added. – Sputniknews.com