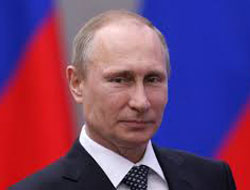 Both countries are currently facing lower prices for their main export.

Venezuela, a Russian ally that has been hit hard by plunging oil prices, has been pushing for an emergency meeting with the Organization of the Petroleum Exporting Countries in coordination with Russia to work out a strategy to halt the recent retreat in prices, people familiar with the matter said.

The Kremlin aide, Yuri Ushakov, didn’t expand on what potential steps could be taken but said they could be “within the context of Russia’s cooperation with OPEC.”

Russia also has been hurt by lower crude prices, as oil and gas account for half of federal budget revenue. But officials have repeatedly said that Russia, which vies with Saudi Arabia for the position of top global oil producer, won’t cut output to prop up prices. Russia’s economy is in recession, but authorities have cushioned the effect of lower prices by allowing the ruble to weaken, protecting budget revenue even as the dollar price of oil has halved in the past year.

The currency weakness is also shielding Russian oil companies’ ruble profits and helped them maintain production as they receive most export income in dollars while much of their expenditure is in rubles. Russian state-controlled oil giant OAO Rosneft, the world’s largest listed crude producer, said its profit in the second quarter fell 22% compared with the same period for last year to 134 billion rubles ($2.05 billion). Other Russian oil companies such as OAO Gazprom Neft, the oil arm of state gas firm PAO Gazprom, and OAO Bashneft increased ruble profits in the second quarter as their production soared. The country’s second-largest producer, OAO Lukoil, which reports in dollars, said last week revenue was down more than half in the second quarter at $1 billion.

Rosneft said Monday that it pumped 2% more hydrocarbons in the first half of the year compared with last year. Lukoil, which has long battled production declines at its main fields in Western Siberia, said last week that its output in Russia inched upward.

The global oil glut that has pushed crude prices down further in recent weeks has led Venezuela to reach out to some members of OPEC, including Qatar’s oil minister and president of the OPEC conference, Mohammed al-Sada, to try again to find common ground to defend prices, according to the people familiar with the matter.

OPEC doesn’t meet until Dec. 4 and has rebuffed previous calls for an emergency meeting.

OPEC officials from the cartel’s power center—Persian Gulf countries such as Saudi Arabia, Kuwait and the United Arab Emirates—say privately that having an emergency meeting is pointless especially when producers outside the group, such as Russia, aren’t willing to cut.

Oil prices have plunged to six-year lows in recent months, but they turned higher Monday on reports that oil-producing nations might be willing to agree to output cuts to shrink the global glut of crude.

Russian and Venezuelan officials are among the delegates from 30 nations in China this week to celebrate the defeat of invading Japanese forces 70 years ago.