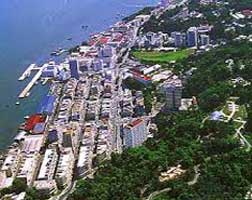 While describing the oil field as marginal, Musa said Petronas had agreed in principle for the state to develop the oil field.

“We want to develop this oil field for the benefit of the people of Sabah,” he said when responding to a supplementary question from Datuk Dr Jeffrey Kitingan (STAR-Bingkor) at the state assembly yesterday.

Jeffrey had asked whether the Sabah government would seek increased oil royalty or cash payments following the discovery of 16 oil fields in the state.

In his reply, Musa said the state had asked for equity participation in various downstream activities of Sabah’s oil and gas industry, including a 25% stake in the massive urea and ammonia project in Sipitang.

“And now we want to take over that marginal oil field in Sandakan,” he added.

Replying to the original question from Datuk Joniston Bangkuai (BN-Kiulu), he said the state’s revenue from oil royalty for this year would drop from the projected RM1.15bil to just RM788mil because of the sharp drop in petroleum prices.

He said since oil royalty constituted 23% of the Sabah government’s revenue, the state had embarked on cost-cutting measures to enable it to operate within a revised budget.

On another issue, Deputy Chief Minister Tan Sri Joseph Pairin Kitingan said a flexible working hours trial run in the Sabah civil service showed that it was not a practical move.

He added that the flexible working hours approach had died a natural death following the trial run.

“In theory, it is good but not practical in Sabah. It is dependent on real life situations such as traffic conditions on our roads.

“Sometimes, even with flexible working hours, staff may not be able to get to work on time,” Pairin said when responding to a supplementary question from Datuk Wilfred Bumburing (APS-Tamparuli).

Replying to Bumburing’s original question, he said many roads around Kota Kinabalu were getting choked with up to 500,000 vehicles using them in a 12-hour period.

Pairin, the Infrastructure Development Minister, said the Public Works Department had drawn up plans for the construction of 11 flyovers in the city, of which only two had been approved so far by the Federal Government.

He said other measures to ease traffic flow in the city included the construction of a road linking Bukit Padang with Nountun in Inanam, upgrading the Lok Kawi-Petagas road and upgrading of the Lintas road.