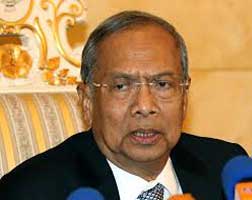 Sarawak is targeting to make Bintulu a petrochemical hub in line with its mission to increase the sae’s oil and gas revenue.

In order to do so, the oil rich state aims to tap into several downstream products such as specialised and fine chemicals.

“We are inviting petrochemical companies to set up their plants in Sarawak and we consider all feasible proposals and facilitate them accordingly,” Chief Minister Tan Sri Adenan Satem said.

Adenan said this when officiating the ground-breaking ceremony of the US$1 billion HU-CHEMS Malaysia plant in Tanjung Kidurong here on Wednesday .

He said the state wanted to make high-value petrochemicals industry as one of the key drivers for the growth of Sarawak’s manufacturing sector.

With five more years left to achieve its aspiration to become a developed state along with the rest of other states in the country, Adenan said, Sarawak has no other formula but rapid industrialisation capitalising on the available natural resources.

Currently, Sarawak’s economy is the third largest in the country after Selangor and Kuala Lumpur.

To realise its objective, Sarawak is focusing on the downstream development oil and gas which has been identified as one of the 10 priorities in Sarawak Corridor of Renewable Energy (SCORE).

“This is important because Sarawak contributes 26% of the national petroleum production and 56% natural gas production,” said Adenan.

Adenan said the decision of HU-CHEMS Fine Chemical Corp of South Korea to invest in Sarawak was an important step in realising the objective.

To show its support, Adenan said, Sarawak would endeavour to make available the supply of natural gas needed by HU-CHEMS to ensure the successful of its chemical complex in Tanjung Kidurong.

“For this reason I have written and spoke personally to the Prime Minister (Datuk Seri Mohd Najib Razak) on this matter and he has agreed for PETRONAS to supply natural gas to HU-CHEMS according to the principle agreement that we have signed with HU-CHEMS on Dec 1, 2014.

“Therefore, I want PETRONAS to conclude the master agreement with the state government on the supply of natural gas for both power and non-power sectors and to expedite the signing Gas Supply Agreement (GSA) with HU-CHEMS,” he said.

The signing of the GSA is critical as HU-CHEMS is expected to commence the construction of their plant by next month (August).