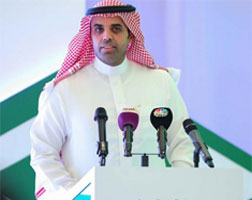 Saudi Arabia has signed more than US$2 billion worth of new petrochemical investment deals with global companies to boost the country’s petrochemicals sector. These include a new polyacrylamide plant and an ammonia project in Jubail.

“The petrochemicals sector provides exciting opportunities for international investors as we look to draw on the expertise and experience of the private sector in transforming the industry,” said Ibrahim Al Omar, Governor of Sagia in a statement.

In addition, Sagia signed an MOU with BASF to evaluate and assess opportunities in Saudi Arabia.

Residue upgrading catalysts are critical in helping refineries upgrade the bottom of the oil barrel into more valuable products, including generation of petrochemicals feedstocks, Shell said in a statement.

Andy Gosse, President of Shell Catalysts & Technologies, said, “it is critical for refiners to get the most out of the bottom of their barrel with residue upgrading catalysts. New global fuel regulations and an increased focus on oil to chemicals, have significantly increased the number of residue-upgrading units already in operation, in construction or being planned. With these opportunities comes the challenge of producing the large volume of catalysts that will be required.”

The above investments build on the positive momentum that Saudi Arabia has seen this year in terms of inward investment. According to Invest Saudi’s Fall 2019 Investment Highlights report, over 250 overseas businesses were granted investor licenses Q3 2019. This marks a 30% increase compared to the same period last year, with 809 new foreign companies having established operations in Saudi Arabia, 67% of which are for fully foreign ownership investments. This represents the highest number of foreign investor licenses issued by Sagia since 2010.