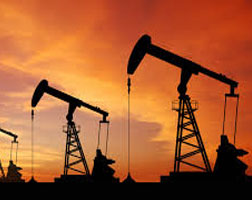 Saudi Arabia told OPEC it raised oil production to a record as the organization forecast stronger demand for its members’ crude in 2016.

The world’s biggest oil exporter pumped 10.564 million barrels a day in June, exceeding a previous record set in 1980, according to data the kingdom submitted to the Organization of Petroleum Exporting Countries. The group sees “a more balanced market” in 2016 as demand for its crude strengths and supply elsewhere falters.

OPEC said it expects expanding oil consumption to outpace diminished output growth from rival producers such as U.S. shale drillers, whittling away a supply glut. The strategy is taking time to have an impact, with crude prices remaining 46 % below year-ago levels and annual U.S. production forecast to reach a 45-year high.

“Saudi Arabia is still pursuing a market-share strategy,” Torbjoern Kjus, an analyst at DNB ASA in Oslo, said by phone. “They need more oil domestically for air conditioning in the summer, so they could choose to either produce more or reduce exports. Clearly they choose to produce more.”

“Momentum in the global economy, especially in the emerging markets, would contribute further to oil demand growth in the coming year,” OPEC’s Vienna-based research department said Monday in its monthly market report.

Demand for the group’s crude will climb in 2016 by 900,000 barrels a day to average 30.1 million a day, according to the report. That’s still about 1.2 million less than the group estimated it pumped in June.

“Momentum in the global economy, especially in the emerging markets, would contribute further to oil demand growth in the coming year”

OPEC’s 12 members raised production by 283,200 barrels a day to a three-year high of 31.378 million a day last month, according to external estimates of output cited by the report. This data included a lower figure for Saudi production of 10.235 million barrels a day.

There was no total available for data submitted directly by OPEC members, because of omissions by Algeria, Libya and Venezuela.

Global oil demand will accelerate next year to 1.34 million barrels a day compared with 1.28 million in 2015, led by rising consumption in emerging economies, according to the report. Supply growth outside OPEC will slow to 300,000 barrels a day in 2016 from 860,000 a day this year with the gain concentrated in the U.S.

Even though the market will theoretically be more balanced next year, “you still have to deal with the legacy of oversupply in 2014 to 2015,” said Harry Tchilinguirian, head of commodity markets strategy at BNP Paribas SA in London.

Global markets remain “massively oversupplied,” with demand growth slowing to 1.2 million barrels a day compared with 1.4 million in 2015, the International Energy Agency said in its monthly report July 10. The Paris-based adviser forecast no growth in non-OPEC supply next year. – Bloomberg