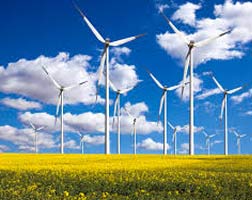 Indonesia will increase its renewable energy budget by a factor of five, with rooftop solar to be a “top priority”, according to local press reports.

Maritje Hutapea, director for energy conservation, told the Jakarta Post and ot -her journalists that the 2016 budget would increase from Rp2.2 trillion (US$164.8 million) up to US$ Rp11 trillion (US$824.2 million). The allocation covers renewable energy programmes as well as efficiency policies.

“For this year, development of rooftop solar-power systems will be our priority,” said Hutapea.

The Ministry of Energy and Mineral Resources (MEMR) is targeting office buildings, airports and government-owned properties. It hopes to site solar close to demand while acknowledging the shortage of space for ground-mounted solar near urban centres where land is also most expensive.

The pilot rooftop solar project will begin with government properties. Calculations on the level of the feed-in tariff are ongoing but the anticipated dramatic increase in budget is likely to increase optimism. Hutapea said it was hoped the FiT would be finalised before the end of July. – PV Tech.org