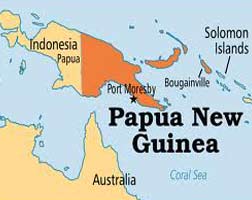 Oil Search Ltd said on Friday it failed to find a gas reservoir in exploration drilling at its Hides field, closing off one option for supplying an expansion of the Papua New Guinea liquefied natural gas (LNG) plant.

The Papua New Guinea (PNG) LNG plant, operated by ExxonMobil Corp, began exporting LNG last year from two trains, or modules that freeze the gas, and the owners are looking to line up new sources of gas for a third train.

Oil Search and its partner Santos said the Hides Deep well, drilled down to 4,633 metres, had found lots of sandstone intervals, but they contained water.

Oil Search had hoped to find a reservoir that was about 700 metres deeper than the existing main producing reservoir.

“It’s disappointing, but you just go on to the next (exploration well). The country is quite literally gas prone.”

Oil Search’s P’nyang field is seen as a promising source for a PNG LNG expansion.

Oil Search shares fell as much as 4.2 percent after the announcement, but have been holding up better than Santos’ shares, which have been battered over the past six months. Santos fell 0.2 percent on Friday.