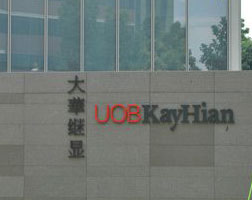 UOB Kay Hian Malaysia Research is maintaining its market weight for the oil and gas (O&G) sector since the share prices have recovered by an average of 30%-40% from their recent lows.

It said on Thursday these stocks are trading at a down-cycle sector price-to-earnings (PE) of 10.6 times 2016 forward PE.

UOB Kay Hian Research said that within the four sub-sectors that define its O&G coverage, it remains Overweight on offshore contractors as most of them are backed by decent orderbooks, which will sustain near-term earnings visibility.

However, it is Market Weight on offshore asset owners as it prefers less-geared companies and shipping, though it does not think the rally in shipping charter rates are sustainable.

“We also remain Underweight on the heavy engineering sector, especially fabricators,” it said.

“Among the eight oil & gas (O&G) companies under our coverage that released their results in 4Q14, six were in line with our expectation. The only company that outperformed was Barakah Offshore Petroleum as it reported stronger-than-expected revenue from its Pan Malaysia transportation & installation projects.

On the negative end, Perisai Petroleum reported weaker earnings despite the previous downgrade in earnings due to higher-than-expected costs due to the full mobilisation of its jack-up drilling rig.

As for Bumi as the market anticipates more impairments, amid lower oil prices (keep a lookout for SapuraKencana Petroleum).

“SapuraKencana Petroleum and Yinson will only release their results later this month and the former could disappoint in earnings in our view,” it said.

UOB Kay Hian Research said 2015 would be a year of change.

It said its channel checks suggested Petroliam NasionalBhd had approached most of the service providers it engages for ‘discounts’ as part of its cost cutting measures.

“We understand that some service providers have agreed to lower their prices and are squeezing their suppliers concurrently to maintain profit margins.

“While this may look worrying, it is healthy in our view as escalating costs over the last three to four years (due to high oil prices) cannot be sustained for a long period of time.

As for Petra Energy, UOK Kay Hian Research recently met up with management and came to understand that things are looking better at the company.

Having tracked this stock over the last 12 months, it believes that the stock could offer upside premised on three key investment highlights: a) near-term earnings visibility backed by an estimated orderbook of RM2.5bil, b) potential margins recovery from its hook-up commissioning and topside maintenance business from a low single-digit level (3-5%) to a higher single-digit (6-8%), and c) potential dividend payout from its risk-sharing contract (RSC) remuneration fee as it successfully develops its marginal oilfield (the company has the best performing marginal oilfield among those awarded).

However, it downgraded Uzma and Barakah Offshore Petroleum from BUYs to HOLDs given the significant rally in stock prices.