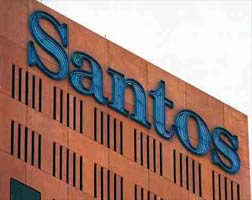 The Shah gas project will reach full capacity in the second quarter, earlier than expected.

“Currently we are in the process of ramping up production to full capacity, which we expect to achieve during the second quarter this year, very soon,” said Saif Ahmed Al Ghafli, the chief executive of Al Hosn Gas, which is developing the giant field. He was speaking at the Sour Oil and Gas Advanced Technologies conference in Abu Dhabi.

Production at the landmark gas project began in January and previously the chief executive of Adnoc, the state oil and gas company that owns 60 % of Al Hosn Gas, said he expected full production by the end of this year.

Occidental Petroleum of the US owns the other 40 % of the project, which is the first of its scale to produce “very sour” gas, which is gas with hydrogen sulphide (H2S) of more than 10 %.

The Shah gasfields, which are in the desert about 180 kilometres south-west of Abu Dhabi city, have H2S levels that average 23 %, as well as high levels of carbon dioxide.

“The scale of the Shah gas development is larger than sour gas projects undertaken anywhere else in the world,” said Mr Al Ghafli. “The outcome of the project is being watched very keenly by industry peers.”

The project entailed constructing the world’s first single gas plant to process at least 1 billion standard cubic feet (SCF) of gas with such high levels of H2S. After processing, which includes the removal and transport of more than 10,000 tonnes per day of “pure granular sulphur” to the export facility at Ruwais, the project is expected to contribute 500 million scf/d of gas to the UAE system. The UAE’s gas imports have been increasing in recent years to meet surging demand.

The US$10 billion project is also setting a precedent for other similar sour gas mega-projects in the region, where most of the world’s known sour gas deposits are located.

As Mr Al Ghafli pointed out, there were a number of huge obstacles to overcome to develop the Shah fields.

The gasfields were discovered in the 1960s but previously thought too difficult and too dangerous, both to human life and the environment, to develop.

The difficulties included dealing with underground temperatures of around 150°C, pressure of 5,500 pounds per square inch, designing plant and processes to “sweeten” the gas and recovery of sulphur on an unprecedented scale, as well as other processing and transportation issues to deal with the highly corrosive material over the expected 30-year life of the project.

The Shah project will be followed by a number of regional mega-projects, mostly in Saudi Arabia and the UAE.

“In the past, sour gas developments in the Middle East have been with single-digit levels of H2S, but you are now seeing a number of fields like Shah being developed which, along with very high levels of H2S and CO2, have other exotic contaminants,” said Ajay Badhwar, strategic market head of natural gas at Dow Oil & Gas, which works on Shah to remove mercaptan, an unpleasant-smelling gas contaminant made up of carbon, hydrogen and sulphur.

“The advent of these highly sour fields requires deeper removal processes,” said Mr Badhwar. “The challenge is how to produce in an economic manner to bring gas to the marketplace while hitting very tight safety and environmental specs.”