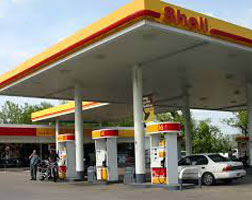 Shell today fired the first shot in the battle for survival among the last few members of an old, rarefied and insular club—Big Oil. Its US$70 billion acquisition of BG, a successful pioneer at some of the world’s richest frontiers, isn’t exactly a surprise, since the market has expected the onset of merger mania in Big Oil. Still, there had been no word that Shell was courting the company until just hours before the deal was announced.

With the acquisition, Shell gains a march on Chevron and ExxonMobil, the only members still standing in the top ranks of Big Oil. As the 10-month-old oil price plunge has settled in, it has seemed apparent that the three super-majors would capitalize on the industry’s hard times by scooping up a smaller or distressed rival or two.

BG has been at the top of the list, along with a handful of other prized smaller companies. One reason has been BG’s swaggering and skillful work on the world’s frontiers. BG has enviable, large oil and gas assetsin Brazil’s rich offshore, and just last year, it found oil in Kenya, and had another in a string of natural gas discoveries in neighboring Tanzania. Shell had already been big in liquefied natural gas; this acquisition makes it bigger.

Shell, meanwhile, has spent the last decade or so stumbling. One of the most storied companies in the world, spoken of in the same breath as ExxonMobil, Shell had to restate its reserve base in 2005 when it was discovered that it had exaggerated how much oil and gas it had by 41%.

Along with the rest of Big Oil, Shell entirely missed the shale revolution, allowing smaller companies to pioneer the biggest new play in decades. When Shell decided to buy in, it spent a whopping US$24 billion for a part of various operations, acquisitions that turned out to be slim pickings. Then-chairman Peter Voser said he regretted (paywall) having bought in at all.

Shell’s choice of marriage partner is as interesting for who it didn’t choose to buy. Arguably, Shell’s more natural acquisition partner would be BP, a valuable but down-on-its luck former super-major whose share price has been battered even more than that of its peers, and thus is cheaper.

Both BG and BP came with baggage. BG had been entangled in Brazil, whose state oil company, Petrobras, is under attack for alleged corruption in its senior ranks. BP still faces legal trouble in the US linked to the 2010 Deepwater Horizon explosion, and also is ensnared in Russia through a partnership with Rosneft. The decision to choose BG and snub BP—even if the latter had no interest in being acquired—could cast an even deeper pall over BP.

The BG acquisition carries some risk, but nothing that a company of Shell’s heft can’t manage. And the acquisition allows Shell to build up its reserve base without the tough task of actual exploration, or the uncertainty of shale. – Quartz