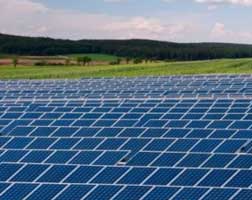 Sunseap has no less than 160 megawatts (MW) of distributed solar contracts in Singapore, holds an electricity retailer license in Singapore, and has also secured utility scale solar projects in the region.

“As part of our collaboration, there are many capabilities and knowledge that we can cross leverage upon to deploy distributed solar generation projects in the Asian markets,” says Camillus Yang, Sunseap’s Vice President for Corporate Development and Finance.

He added: “Sunseap Group desires to shape a better low carbon future and hopes to collaborate with companies to catalyze the region’s energy transition towards de-carbonization.”

Frank Phuan, Sunseap’s Director adds: “Singapore is an important hub for a pan-regional solar development company and we are looking forward to working with Shell to further grow our business. We at Sunseap recognise that companies such as our recent client, Apple have a vast network of assets and our distributed solar business model can help such companies to reduce their carbon footprint cost effectively.”

Marc van Gerven, Vice President of Solar at Shell New Energies said: “We are excited about Shell Technology Ventures’ investment in Sunseap Group and Shell’s potential collaborations with the company on solar projects in the Asia-Pacific region. We are impressed by Sunseap’s ability to deliver innovative and affordable renewable energy solutions to meet customers’ needs, including through its strong distributed solar generation asset base in Singapore.”

The renewable markets in Asia are estimated to grow exponentially as governments in the region have set higher targets on a renewable energy mix and are committed to delivering their commitments to the Paris agreement.

The Asia-Pacific region is expected to experience massive growth in new power generation capacity over the next 25 years, with electricity generation doubling and installed capacity tripling, according to Bloomberg New Energy Finance’s New Energy Outlook report. Renewable energy will make up nearly two-thirds – or US$3.6 trillion – of the 4,890 gigawatts added during this period.