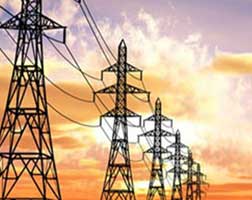 Pakistani power utility K-Electric (KE) has signed an agreement with the Energy Department of the Sindh government to actively promote energy efficiency initiatives and raise public awareness about energy conservation.

The collaboration agreement was signed at the Consultative Workshop on “Pakistan Solar and Renewable Energy Program, (PSREP) which was organized jointly by the World Bank and Government of Sindh.

Through the initiative, the Sindh government will also facilitate K-Electric in conducting energy reviews of various Government of Sindh offices to recommend energy efficient practices.

Speaking on the occasion, Syed Fakhar Ahmed, Chief Marketing & Communication Officer, K-Electric’s said, “We are pleased to collaborate with the Sindh Government in driving an energy efficient approach and are grateful for their support. K-Electric is committed to energy conservation and carries out a robust public awareness campaign to help preserve the country’s precious resources. To date more than 1.3 million consumers have been reached through these campaigns, including more than 50,000 school children.”

The KE has a dedicated function for energy conservation and launched the ISO 50001 Energy Management System within the organization to achieve optimal energy performance. This has allowed the utility to further integrate energy management, efficiency and conservation into its overall operations and reduce greenhouse gas emissions and other related environmental impact.