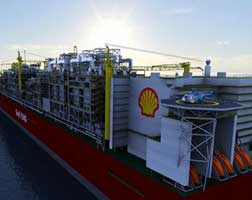 The British-Dutch oil company Shell has announced its plans to invest in the North Sea with the construction of a gas field 149 miles east of Aberdeen. The firm is making a several new investments in the basin after selling off about EUR2.4 billion worth of North Sea fields and assets in early 2017.

Reportedly, Shell decided to invest in the Arran field following investments in revamping the Fram field in the Central North Sea, the Penguins field in the northern North Sea, and the Alligin field West of Shetland. According to the company, the Arran field is likely to produce nearly 100 million cubic feet of gas and 4,000 barrels of condensate each day which is equivalent to 21,000 barrels of oil.

Head of Oil and Gas at Shell UK, Steve Phimister stated that latest investment is a strong demonstration of the firm’s continuous commitment toward the UK. As Shell seeks to strategically increase its central North Sea production, Arran would act as a significant addition to its portfolio. The company has also managed to stimulate and transform its North Sea business by concentrating on competitive projects.

A large percentage of Shell’s operations in the North Sea were sold off under the company’s disposal drive of US$30 billion to fund the acquisition of BG Group.

The new investment is expected to usher in opportunities for Serica Energy, one of the smaller players in the North Sea, to take a final investment decision in the Columbus field investment by the end of 2018.