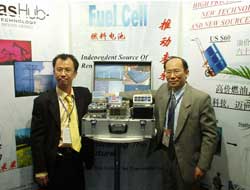 GasHub Group, a leading gas piping and engineering services specialist in Singapore, has announced its plans to list on the Australian Securities Exchange (ASX) via a reverse takeover of Australian-listed Raffles Capital Limited.

The binding agreement between GasHub and Raffles will result in the acquisition of all securities in GasHub by Raffles.Under the terms of the heads of agreement, Raffles will issue 150 million new Raffles shares to GasHub Group Shareholders, valuing the company at A$30 million, and 50 million shares to public at the issue price of A$0.20 per share.

“This is a very exciting time for GasHub. Listing on the ASX will provide us with a springboard to launch the company across Asia Pacific and market our eco-friendly and cost-effective energy solutions and technology innovations,”Aviers Lim, Group CEO of GasHub commented on the ASX listing.

As at December 31, 2016, GasHub’s annual revenue is S$10.8 million (A$10.4 million) and its NPAT is S$0.65 million (A$0.63 million). It operates in two divisions as 1) GasHubin Engineering Private Limited (Engineering), a gas-energy provider for commercial and residential users and 2) GasHubin Technology Private Limited (Technology), a developer of high-technology energy efficiency products.

GasHub’s near-term growth is focused on increasing its market share by driving its 3GEX technology and business solutions in Singapore and the Asia Pacific region.

Currently, the gas piping and engineering services market in Singapore is fragmented, and there are opportunities for GasHub to increase its dominance. Additionally, in line with the Singapore Government’s push to convert Singapore to be natural gas ready, GasHub has plans to apply for a retail gas and electricity license and move to become a one-stop fully-integrated energy provider in Singapore. The liberalized Australian LNG market and abundant supply of natural gas provides good potential for GasHub to capitalise on downstream opportunities in the gas piping business.

Furthermore, through developments in its Technology division, GasHub aims to become the leading eco-friendly, cost effective energy provider in the Asia Pacific region.

“The capital raised will be used to grow our Engineering division and establish it as the dominant stable gas pipeline service provider in the growing Asia Pacific region.

It will also be used to further develop our Technology division and roll out our patented 3GEX System. The need for low cost, more sustainable energy solutions continues to be in demand. This is especially acute in developing countries in Asia Pacific, where centralised power grids are constrained in delivering efficient and cost-effective power to geographically diverse populations. Power grid failures in developed countries have also become a recent common phenomenon, presenting an opportunity for GasHub to leverage its leading technology to provide efficient and reliable energy solutions,” Lim said.

Following completion of the Proposed Acquisition, the board of directors from Raffles will resign and Raffles will change its name to GasHub United Holding Limited. GasHub’s directors will be appointed to the following positions (further details on the directors’ experience can be found in the ASX announcement from Raffles):