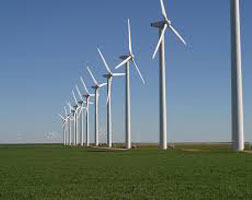 Solar and wind may now be the cheapest sources of new energy supply in the United Arab Emirates, according to a report released today by the UAE Ministry of Foreign Affairs, International Renewable Energy Agency, and Masdar Institute of Science and Technology.

Marking the country’s first public comparison of different energy technology costs and potentials, the Renewable Energy Prospects: United Arab Emirates report finds the UAE could achieve a 10 per cent share of renewable energy in its total energy supply – and almost 25 per cent in the power sector – resulting in energy system savings of $1.9 billion (AED 7 billion) annually by 2030.

“The UAE’s strategy of innovation and diversification has placed it at the fulcrum of the massive transformation of the global energy landscape that has already begun,” said IRENA Director-General Adnan Z. Amin.

“Renewables have decisively emerged from a niche technology to a major component of the energy mix and have been the majority of global power capacity additions for the last three years,” Amin added. “The dramatic technology cost declines we are mapping present a real possibility to move to a sustainable energy future even in the hydrocarbon producers in the MENA region.”

The report, developed by Masdar Institute in collaboration with IRENA and the UAE Ministry of Foreign Affairs, leverages local resource expertise and earlier UAE energy modeling efforts. To create a portfolio of renewable energy options and their associated costs for the UAE Masdar Institute, researchers localized an IRENA energy model and applied the results.

The report cites sharp declines in renewable energy costs in the UAE, as well as rising costs for natural gas as domestic production declines and the country turns to more expensive imported sources, as the key drivers for renewable energy’s financial attractiveness.

Solar PV costs, for instance, have fallen by 80 per cent since 2008, while the cost of new gas supplies in the UAE has grown from under $2.5/MMBtu in 2010 to $6-8/MMBtu for domestic production and $10-18/MMBtu for imports today, even after the recent decline of oil and LNG prices. The report estimates that solar, wind, and waste-to-energy are preferable for power generation when new gas is above $8/MMBtu – making them immediately competitive in the UAE, where natural gas supplies almost 100 per cent of power.

The report also reveals that solar costs are poised to decrease even further. In January, the tender for the second phase of Mohammed bin Rashid Solar Park in Dubai was awarded to the lowest bidder for under six cents per kilowatt hour for a 25-year fixed contract. This is the lowest solar price ever achieved worldwide.

“This report is an eye-opener,” said Dr. Fred Moavenzadeh, President of Masdar Institute, Abu Dhabi’s graduate-level research university focused on advanced energy and sustainable technologies. “It provides policymakers and investors with an objective cost baseline, making the clear case that renewables, and especially solar, will have a much larger role sooner than we ever expected in the UAE and Middle East.”

The report notes that solar and wind are still challenged by intermittency, which will require natural gas to fill gaps in output.  However, the savings from generating solar power during the daytime, instead of consuming gas, are so great that they could justify 17,500 megawatts of PV in the UAE by 2030, up from around 40 MW today.

“The UAE made an early bet on energy diversification,” said His Excellency Dr. Thani Ahmad Al Zeyoudi, the UAE’s Permanent Representative to IRENA and the Director of Energy and Climate Change at the Ministry of Foreign Affairs. “We are investing broadly and letting technologies compete to produce the optimal supply mix.  As this report shows, there is now a clear financial case for renewables, even before we consider benefits like energy security, emissions, and job creation.” – Renweableenergymagazine.com