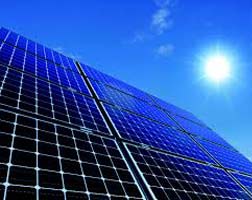 The proposal for two solar projects in Bennington, Vermont has been struck down by the select board.

However, Town Manager Stuart Hurd said that the solars meet state approval and may be difficult to stop.

Hurd says though that he’ll still ask the town’s lawyer to bring aesthetic and other concerns to the Public Service Board’s attention.

Recent legislation increased towns’ say over energy project siting in some ways, including giving cities and towns the automatic right to appear as a party before the board when it reviews projects.

The vote by the selectmen was unanimous after residents expressed their concerns about the projects. They’re requesting the Public Service Board halt both projects due to the “inevitable damage to environmental, historical, safety, visual, and aesthetics of the surroundings.”

A neighborhood association has formed a memorandum of understanding with the projects’ developer limiting construction of access roads for construction, maintenance, and decommissions.

The PSB has visited the site of one project, and it has already had its technical hearing. A technical hearing for the second project is set for Tuesday. The town’s lawyer is expected to file a request to intervene.

Brad Wilson, project developer at Ecos Energy, said after Thursday’s meeting that he’d answer questions about the project and would have flown to Vermont to attend the emergency meeting if anyone had asked him to be there.