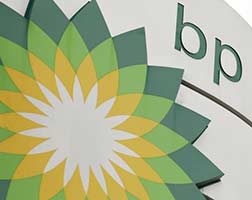 Energy giant BP has been found Thursday by the U.S court of manipulating the natural gas market in 2008.

However, it was not imposed any fines.

The commission’s action against BP, related to trades of natural gas in the Houston area in the aftermath of Hurricane Ike, is one of several high-profile investigations the regulator has pursued against energy traders and major banks including Barclays Plc (BARC.L) over the past several years.

A spokesman at FERC said the commission would decide at a later time whether civil penalties should be imposed for any BP violations and whether BP should disgorge any unjust profits.

BP said it will appeal the decision to the full commission.

“We strongly disagree with today’s decision by the FERC Administrative Law Judge,” BP spokesman Geoff Morrell said in a statement. “The evidence overwhelmingly demonstrated that BP’s natural gas traders did not engage in any market manipulation.”

FERC said the parties have 30 days to submit briefs on exceptions to the commission. At the end of that period, parties would have 20 days to file briefs opposing exceptions. There is no statutory deadline for FERC to act.

Some companies, including JPMorgan Chase & Co’s (JPM.N), have opted to pay the FERC fines, but others are fighting them. Barclays is contesting a proposed US$453 million penalty over alleged power market manipulation in federal court in California.

When Hurricane Ike made landfall on Sept. 13, 2008, it caused Houston Ship Channel gas prices to plummet. That made BP’s previous spread position worth millions of dollars so long as gas prices in the ship channel remained low. FERC alleged the traders kept the ship channel prices low through their manipulative behaviour.

That trading activity came to light when Clayton Luskie, a gas trader on BP’s Texas team, “tried to impress a senior BP official” by explaining the scheme during a training session in early November 2008, FERC said.

When the senior official questioned the propriety of the trading strategy, Luskie called Gradyn Comfort, another trader on the Texas team, on a recorded line.

Despite Comfort’s efforts to cut off Luskie’s questions, FERC said Luskie’s statements on the recorded line “were sufficient to provide (its) staff with an outline of the Texas team’s manipulative scheme.”