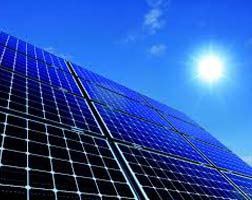 Solar power is now nearly as cheap as gas and coal in places like California and solar installations are now booming.

Even China’s currency devaluation could cut panel costs for US solar installers.

Wall Street, however, has been dumping solar shares this year, largely on concern, which investors say is misplaced, that tumbling oil prices will sap demand for alternative energy, even though oil isn’t used to generate power.

Stock prices are also suffering from an oversupply of new equity issues by companies raising capital to fund their rapid growth and concern an interest rate hike by the Federal Reserve could curb the appeal of their so-called yieldco units.