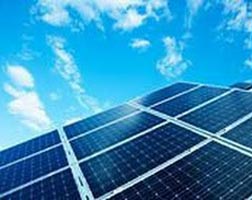 Germany and France are European leaders in the fields of semiconductor technology and solar photovoltaic (PV) research. In order to strengthen the already existing collaboration between the CEA’s technological research unit, CEA Tech (Grenoble and Chambery, France) and the German Fraunhofer ISE (Freiburg, Germany), the partners have concluded a collaboration agreement to create a common “Virtual Lab”.

The launch of the joint lab officially began in May 2015 with the signing of the collaboration agreement.

The main focus of the planned collaboration is to create the most efficient photovoltaic products possible. The existing expertise and excellent infrastructure of CEA Tech in microelectronics and photovoltaics, through its two labs Leti and Liten, and of Fraunhofer ISE in epitaxy and solar cell development are brought together in the “Virtual Lab” with the common goal of developing new products and opening up new markets.

Aside from concentrator photovoltaics, the target markets include solar cells specifically developed for consumer devices as well as solar cells for the classic photovoltaic market. The technological results of the joint research agreement will regularly be presented to industry. In the medium term, collaboration with industry will contribute significantly to financing the “Virtual Lab”.

“We are looking forward to working with our colleagues at CEA Tech on new ultra-efficient solar cells and bringing them to market,” says Dr Frank Dimroth, department head of “III-V – Epitaxy and Solar Cells” at Fraunhofer ISE.

His French colleague Dr Thomas Signamarcheix, head of the Advanced Substrates Laboratory at CEA Tech adds: “We strongly believe that the collaboration between Fraunhofer ISE and CEA Tech will result in the best possible research offering for industry.” Dr Mathieu Baudrit, head of Concentrator Photovoltaics laboratory also stated: “Our aim is to develop new products in order to give European industry a competitive edge that ensures future success in the renewable energy markets.”

World record for solar cells with a maximum efficiency of 46%

Both research institutes have excellent, long-standing experience in strategic partnerships. One successful example, developed with their common business partner Soitec, is the world record for solar cells, with a maximum efficiency of 46%.

This work has followed the “SolarBond” project, which was financed by the German Federal Ministry for Education and Research (BMBF) as well as the French National Research Agency (Agence Nationale de la Recherche – ANR). The solar cell is designed and developed under the French “Invest for the Future” (Investissements d’Avenir) program: GUEPARD.

The successful cooperation between these two countries in the field of high efficiency multi-junction solar cells has already been acknowledged through the German-French Industry Awards (AHK Chamber of Commerce).

In 2011 this award was jointly given to CEA Tech (back then CEA-Leti) and Fraunhofer ISE. The mutual recognition between France and Germany of each other’s research was demonstrated in 2010, when Frank Dimroth of Fraunhofer ISE received the “Fondation Louis D” award, the most important science award to be presented in France. – Solarserver.com