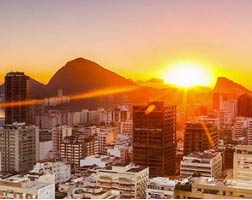 Solariza is a new game that lets players to virtually build their own energy systems in different parts of the Brazil. The game is built to determine the potential for solar power in Brazil and provide a deeper insight into what it takes to build a solar power system.

Solariza is available online, but is in Brazilian Portuguese. Players who don’t speak the language may find it hard to play.

The game is part of Brazilian government’s goal to install 1 million solar energy systems on rooftops by 2020. Brazil has a strong interest in clean energy and solar has been growing steadily in the country over the past several years.

The game also supports a charity as it says in its website: “In addition, it helps give a charity with the installation of solar panels, competing for prizes and win the game also wins the solarization of your home.”