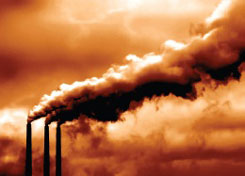 Also, download this story from the electronic issue here

More than an environmental issue, climate change has become a colossal economic issue, which is getting worse by the day due to inaction, say experts. Now, a solution has come up. It is known as decarbonisation, says Angelica Buan in this article.

In June this year, the G7 (Group of 7), that includes the US, Japan, Germany, UK, France, Italy, Canada, and representations from the European Union, issued a joint statement seeking for a “decarbonisation of the global economy over the course of this century.” The communiqué, released on the final day of the G7 Summit held in Schloss Elmau in Germany, laid out an ultimate climate change agenda, and that is to decarbonise economies, targeting a zero-carbon global economy by 2100.

This means curbing dependence on fossil fuels like coal, oil, and natural gas; and committing at keeping the global average temperature below 2°C. The latter includes reducing greenhouse gas (GHG) emissions reached in 2010 by as much as 70% by 2050, which is the amount recommended by the United Nation’s Intergovernmental Panel on Climate Change (IPCC), a scientific intergovernmental body under the auspices of the United Nations (UN).

Part of the G7 declaration is the elimination of inefficient fossil fuel subsidies, pumping up investments in renewable energy, as well as prioritising climate change mitigation with development assistance and investment decisions.

Observers say that the plan lacks binding provisions and is speckled with vague details, particularly on how these goals can be reached, except for pointing up the role of the financial sector in fossil fuel subsidies.

On a parallel note with a similar agenda was the World Summit Climate & Territories held early July in Lyons, France. It was a meeting of some 1,000 officials and representatives from global networks of subnational and local governments, and other non-state actors who co-organised the event. The conference came down to a target of collectively reducing about 1.5 billion tonnes of carbon emissions by 2020. The strategy is to employ a territorial approach to address climate disruption efficiently.

The issue of climate change has brought out the best and worst of economic progress and industrialisation. The greenhouse gas emissions from economic activities contribute significantly to global warming, an aspect to the changing climate.

The Colorado-based University Corporation for Atmospheric Research, citing data from the IPCC, reported that in the last 100 years, the global temperature over all land and ocean surfaces swelled by 0.85°C.

Decarbonisation is a complex but an achievable feat. Switching to renewable energy sources, implementing energy efficient designs and processes and using biofuels could contribute to containing GHG emissions at low levels. Nevertheless, fossil fuel still accounts for 80% of the world’s primary energy source.

The Deep Decarbonisation Pathways Project (DDPP), a draft of which was presented to the UN in July last year, outlines plans on how to keep carbon emissions within the set ideal limit.
Fifteen countries, including five from Asia (South Korea, Japan, Indonesia, India and China), were identified as having the highest carbon emissions. A study has determined how each could cut down on its emissions by 2050. The so-called “carbon budget” indicates the amount of carbon that can still be emitted so as not to exceed the 2°C cap.

China: heading towards a zero-carbon model

China’s cumulative carbon dioxide emissions has been projected to amount 151 billion tonnes between 1990 to 2016, outpacing the US’s 147 billion tonnes total next year. Amidst China’s surging carbon emissions, it has come out with climate change policies and targets via its 12th Five-Year Plan (FYP) adopted in March 2011. Based on the plan’s 2011-2015 targets, the country is on target to reducing its energy and carbon intensities by 16% (up to 65% by 2030) and 17%, respectively, and increasing utilisation of non-fossil or renewable energy to 11.4% (up to 20% by 2030) against the total energy use.

Considering that the 1.3 billion-populated China has the framework for decarbonisation, the world’s second economy still floundered in its plan to build what could be a tangible microcosmic decarbonised economy – the ecocity in Dongtan on Chongming Island near Shanghai.

The 86-sq km project, unveiled in 2005, was set to be the world’s first carbon neutral city ever to be built. It was to be the first of four such cities, all eco-friendly with no GHG emissions and fully self-sufficient in water and energy, to be designed and built in the country. Dongtan, particularly was envisioned to use about 65% less energy than any other similar-sized city.

Construction that would span in three phases, was planned to start in 2006, but has been stalled. After almost a decade, the Dongtan eco-city project that would have been home to some 500,000 residents remains on the drawing board. 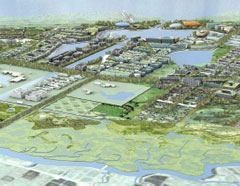 The issue of decarbonisation is an upshot for retarding global warming, but experts say this may not end climate change.

A study, backed by real-world historic climate records from 1782 to 2000, was undertaken by researchers from Scotland’s University of Edinburgh. The results indicate that short-term, temporary interruptions in climate change are merely caused by natural variations, and do not mean global warming is ending. In fact, according to lead researcher, Dr Andrew Schurer, global warming is continuing with human activity, adding that this natural variability “can cause this trend to slow down or speed up”.

Absorbing CO2 in the air can also be speeded up with certain types of rocks, according to scientists who published their findings in the Proceedings of the National Academy of Sciences in 2008. 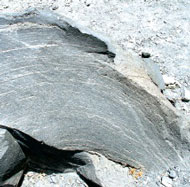 A type of rock, known as peridotite, can absorb huge quantities of CO2, reacting naturally to form solid minerals (like limestone and marble). The process may be accelerated a million times or more with simple drilling and injection methods. Peridotite can be found in the earth’s mantle but some is also pushed on to the surface when tectonic plates collide.

An ongoing project, known as the CarbFix, harnesses the potential of basalt in absorbing CO2. US-based and Icelandic scientists, who started work on the project in 2007, are tapping a natural phenomenon called mineral carbonation to trap solidified CO2.

The experiment involves injecting carbonised water or “seltzer water,” into the basalt rock, which is a very porous and highly reactive rock created through volcanic activity.

The basalt, on contact with the seltzer water that should react with the calcium in the rock, traps the GHG in the limestone.

Meanwhile, another group of scientists from Australia’s Monash University are working on converting CO2 into fuel through artificial photosynthesis. The latter is an industrial process that mimics plants’ and other organisms’ natural way of converting light energy from the sun into chemical energy, and can produce fuels and chemicals from CO2, water and sunlight.

Through this process, CO2 can be converted to methanol. The scientists are also developing catalysts, one of such is the photo-catalyst based on a copper oxide surface and dotted with 2 nm-sized carbon particles. It will be combined with materials that can absorb light energy.

At the current levels fossil fuels are used in industries, the task of decarbonisation will require pulling the investment plug off fossil fuels as soon as possible. But is it worth the risk?

A 2006/08 report, The Economics of Climate Change presented by Nicholas Stern, Head of the Government Economic Service and Adviser to the government (UK), explained the cost of decarbonisation and why addressing the issue is more inexpensive than if placed on a phlegmatic stand.

Stern says that by being passive and doing nothing to mitigate the problem, the overall costs and risks of climate change could range from at least 5% to 20% of global GDP annually, if a wider range of risks and impacts are taken into account. On the other hand, the costs of reducing GHG can be limited to around 1% of global GDP annually.

Maintaining a dormant stance is adding on more risk to the environment and lives, according to the scientists and academics who gathered at the United Nations Educational, Scientific and Cultural Organisation (UNESCO) Climate Change conference held in July in Paris, France.

Delaying decarbonisation only allows GHG pollution to increase further. Attendees also said that zero emissions “must be the goal for this century”

Averting global warming of as much as 4°C by the end of the century requires “an induced implosion of the carbon economy,” according to Hans Joachim Schellnhuber, a climate physicist and Chair of the German Advisory Council on Global Change. Unless such a drastic shift in the global energy system is undertaken, the worst impact of climate change will root ahead, he added.

Meanwhile, the Asian Development Bank (ADB) is also stepping up in the global decarbonisation movement. It said that mitigation costs in developing countries are projected to grow to over US$100 billion/ year by 2030, while adaptation cost estimates for Asia Pacific are placed at US$40 billion/year through 2050.

By numerical means, averting climate change requires “massive financing”, which ADB says can be sustained. “The key will be using limited public sector funds to leverage significant amounts of private capital, and to get the right technologies into the hands of as many partners as possible, as quickly as possible,” said ADB through its website.

The Manila-headquartered financial institution, through the Climate Investment Fund (CIF), is able to mobilise US$6.5 billion for climate change mitigation programmes in developing countries. Of that funding, US$2.5 billion is earmarked for the Asia Pacific region.