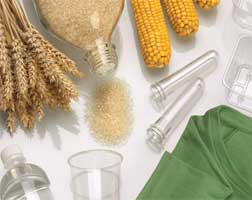 German plant engineering firm Thyssenkrupp has won another order to build a bioplastics plant based on the patented PLAneo technology. It will be built in South China and will produce 30,000 tonnes/year of polylactide (PLA).

The company built the first commercial plant based on PLAneo technology for China’s biggest food and beverage company COFCO. It went into operation in Changchun at the end of 2018.

The new plant will produce PLA among other things for the manufacture of eco-friendly packaging, fibres, textiles and engineering plastics, and is scheduled to go into operation in fall 2021. Thyssenkrupp will design the plant and supply the key components.

“In a world where environmental awareness is increasing, the market for bioplastics is growing all the time. Thanks to its versatility, PLA in particular has great potential to bring sustainable change not only in the packaging industry but also in other sectors such as the food, consumer goods and automotive industries. We want to support this development with our PLAneo technology,” says Sami Pelkonen, CEO of the Electrolysis & Polymers Technologies business unit.

“At the same time this second order will strengthen our position on the Asian market, which currently represents around half of the world’s bioplastic production capacities.”

PLA is a biodegradable plastic which, thanks to its physical and mechanical properties, can replace many conventional materials such as PET, PP and PS. The feedstock for the PLAneo process is lactic acid, which is obtained from renewable raw materials such as sugar, starch or cellulose. The technology converts lactic acid into PLA in a particularly efficient way that conserves resources. In its development, Thyssenkrupp was able to draw on decades of know-how gained in the construction of more than 400 plastics plants worldwide.

“With PLAneo our customers can dispense with fossil resources and significantly reduce CO2 emissions – at production costs that are competitive with those of conventional plastics,” says Udo Mühlbauer, Product Manager at Thyssenkrupp.

“The technology is also suitable for large-scale plants with capacities of up to 100,000 tonnes/year. In addition we have reduced energy consumption in the process through the use of an energy recovery system, further reducing costs and making production even more sustainable.”