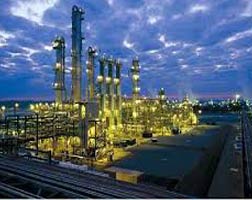 Total Petrochemicals and Refining USA has chosen Port Arthur as the site for its proposed new ethane cracker with a capacity of 1,000 kilotons to supply ethane to the Gulf Coast region. Total had been mulling two different expansion locations, one is Port Arthur and the other in Louisiana, to construct the estimated US$1.6 billion project. Melyssa Rodgers, spokeswoman with Total, said the project will require thousands of workers during the engineering and construction phase and once the plant is operational, permanent positions will be created and that number has not been decided. Port Arthur Mayor Deloris “Bobbie” Prince was pleased to hear the Total had selected The Energy City for its expansion. “We are so blessed. We’ve been waiting to hear which side Total was going to choose,” Prince said, referring to Total’s process to select a site for the project. “We are thankful to Total for considering Port Arthur and having actually chosen the city of Port Arthur. Any additional expansion is a boost to our economy and we’re looking forward to that.” Jeff Branick, Jefferson County judge, was likewise pleased with the decision. “Obviously we’re overjoyed by the decision,” Branick said. “This has the economic impact to create not only full time operational jobs but hundreds if not thousands of construction jobs and that money will turn over in our community and ultimately, for the economy to make us a healthier community.” Rodgers said Total decided on Port Arthur because the city is the best fit for what the company already has. “We intend to launch the FEED (Front End Engineering Design) and to select an engineering company in the coming months,” Rodgers said. “Our anticipated start-up is expected in end 2019.” Representatives of Total sought tax breaks in Jefferson County earlier in the year as well as with officials in Louisiana before choosing the site. Earlier in May the city of Port Arthur approved an expansion of existing facility agreement with Total for a 10-year term. During the five-year construction period the company will receive a 75 % discount on what the taxes would have been if the facility were located within Port Arthur city limits. During year six, the first year of operations, Total will receive a 90 % discount; year seven an 80 % discount; year eight a 30 % discount; year nine a 40 % discount; and year 10 with a 50 % discount. Total is eligible for additional discounts above those already granted if the company employs Port Arthur residents and utilizes Port Arthur vendors. Port Neches-Groves Independent School District approved an agreement in late April with Total that amounts to a US$108 million tax benefit over the course of a 15-year agreement with PN-GISD seeing a benefit of US$7.5 million over the life of the agreement. Also in April, Jefferson County Commissioners granted Total a 10 year tax abatement. – panews.com