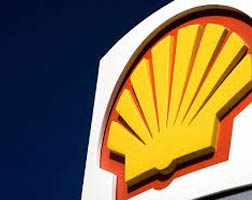 SEATTLE — Shell sent a response Monday to the Washington State Department of Natural Resources, which raised concerns about the oil company’s Arctic oil rig docked at the Port of Seattle’s Terminal 5.

DNR officials said they were reviewing the response, but did not release it.

Last month, DNR officials wrote to Shell asking when the Polar Pioneer will leave for Alaska since any long-term use blocking navigation would violate the state constitution, which doesn’t allow private takeover of a public waterway.

The Polar Pioneer is also in trouble with Seattle city officials, who say an oil rig isn’t allowed in its permit for a cargo terminal.

The Department of Planning and Development warned of fines beginning Thursday of US$150 per day for the first ten days, and US$500 per day after that.

But it turns out Shell might not have to pay at all.

DPD’s director of code compliance, Faith Lumsden, told KIRO 7 Monday the city will likely agree to hold off fines until a hearing examiner decides the permit dispute, and the city conducts a new review.

That could take weeks to resolve, long after the rig leaves for Alaska later this month.

“We would have the ability to impose the penalties retroactively, but again, it’s really not fair to say you have an appeal process but we’re still going to penalize you while we’re resolving the appeal,” Lumsden said. – kirotv.com