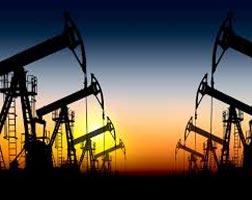 Traders who have been storing oil since the start of the year are selling some supplies back into the market, completing a trade-play that made oil storage profitable, and re-injecting fuel into an already oversupplied market.

The selling signals a winding down of a strategy that has seen at least 50 million barrels of oil stored in tankers, equivalent to about one month’s consumption in Britain, although traders said it was not clear how much oil has been sold.

A steep fall in the price of crude from last June to January enabled traders to potentially make money by storing oil for delivery at a later date, as the market moved into an unusually large contango, with prices in future months well above the spot price.

Traders such as Trafigura, Vitol and Gunvor, as well as energy majors like BP and Shell stored oil on land and in tankers to capitalise on the price movement.

Under the strategy, a trader buys oil and sells it forward, locking in a profit as long as the price difference is higher than the cost of storage. As oil prices have recovered the contango has narrowed, making it less profitable to store oil, and prompting some selling.

“They’ve already locked in the contango and financing is not expensive,” said a trader with a western bank in Singapore.

“If they unwind now, they can make 30 cents on paper, plus the premium on the crude,” he said, referring to firmer Asian demand that has boosted some selling prices.

Brent crude has stabilised around $60 a barrel, up from six-year lows of $45 in mid-January, cutting the contango between the first and second month LCOc1-LCOc2 to about 46 cents from more than $1.30.

For Dubai crude, which is traded over the counter, the difference between the first two months has also narrowed to 70 cents from about $1 in early January.

Stored oil being re-injected into the market could add to increased supply from seasonal factors, putting prices under pressure as oversupply builds.

“A supply overhang of about 1.5 million barrels/day should build as seasonal demand eases,” ANZ bank said this week, adding that “a lack of production cuts will send prices lower.”

While onshore storage tanks, such as in South Korea and in the United Arab Emirates, are still filling with surplus oil from the Middle East, Europe and Russia, grades like Abu Dhabi’s Murban and Iraqi Basra Light, stored on more expensive supertankers, have been sold, traders said.

Asian traders are also profiting from price hikes for Middle East Gulf grades, which will add a profit of $1.20 a barrel for a cargo of Basra Light loaded in January and sold in April.

After deducting storage and financing costs of about 70 cents a barrel, traders could bag an estimated profit of $3 million for a 2-million-barrel shipment over four months, from an outlay of around $90 million.

Traders who bought Murban crude in December and sold in February could make 85 cents a barrel just on the rise in its monthly official selling price and spot premiums.

However, some traders may opt to hold the oil longer if they have chartered ships for a year. Similarly, there is little pressure to sell oil from the less expensive onshore tanks which often have longer storage times.