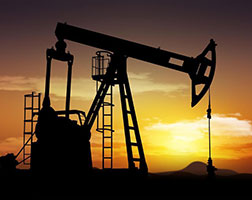 WITH oil prices expected at relatively low levels over the next two years, private investments are expected to come off the previous year’s record highs.

“On the domestic demand, the level of private investments realised and investments approved are expected to come off the previous year’s record highs but should still remain at commendable levels,” said Julia Goh, director/regional economist, CIMB Investment Bank.

Due to the rationalisation in oil and gas-related investments, the growth momentum in private investment activities could be dampened.

“However, private investment growth is expected to remain robust at 9.6%, a moderation from the 11% achieved last year,” said Kristina Fong, head of research, RAM Ratings.

“If we were to just isolate the oil price effect on economic performance, the most immediate effect has been the continued weakening of the ringgit/US dollar exchange rate, an upward revision to fiscal deficit expectations and a narrowing of the current account surplus.

The current weakness in the ringgit is expected to remain, maybe less of a contribution from the sliding oil price element, but influenced largely by other major economic and policy changes in the coming year, such as the impending plans by the Federal Reserve (to raise interest rates).

“This is premised on the expectation that foreign exchange flows will remain volatile.

“However, it (these flows) will recover from its current lows on the back of investor reversion to economic fundamentals and a correction to negative perceptions concerning the oil price impact on the Malaysian economy,” added Fong.

Despite lower fuel prices, Malaysia’s current account in 2015 – where energy exports will form a fifth of total export earnings – is projected by RAM to remain in surplus (2.5% of GDP), due mainly to its diversified industrial structure and the weaker ringgit.

“Conversely, there will be some upside to net export growth brought about by the depreciation of the ringgit and some rationalisation of import activities on the back of cost considerations.

“We expect exports and imports to grow 4.3% and 3.9% respectively, this year. Overall GDP growth is anticipated to remain robust at 5.3%,” said Fong.

There are expectations for lower economic growth.

RHB Research is of the view that a recovery in oil prices and a pick-up in exports should help lift the Malaysian economy in the second half of 2015.

“Nonetheless, a cut back in government expenditure and oil and gas investment, and the earlier policy tightening to curb property speculation and contain household debt as well as the implementation of GST will likely affect growth in the first half of 2015.

“The real test for Malaysia will be in 2016 when Government revenue will fully reflect the new level of oil prices. If prices were to recover, the impact on the macro foundation will not be too material.

“Government revenue from oil-related sources will moderate, but will be offset by other possible sources such as collections from GST.

“At the same time, better management of government operating expenditure, resulting from lower subsidies, will help government finances as well.

“Budget deficit ratios will not likely deteriorate further especially if nominal GDP growth can be maintained above certain levels (roughly around 6-7% per annum, by our estimate).

“Such a scenario will also reduce the pressure on the government debt ratios,’’ said Nor Zahidi Alias, associate director of economic research/chief economist, Malaysian Rating Corp.

The wild card, however, is the duration in which oil prices will remain at the current levels.

If for any reason, oil prices remain at the current levels for a considerable period, the pressure on the government financial position will be more intense.

“Coupled with the expected decline in the current account surplus, the possibility of a twin deficit cannot be totally ruled out under this scenario.

“This will influence the trend in capital flows and exert pressure on the ringgit and financial markets,” added Nor Zahidi.

While low crude prices have a material impact on the sentiment over the Malaysian economy, the bright spot for domestic consumption is in the lower pump prices.

“This translates into higher disposable income.

“It could be a boost to growth this year as domestic consumption is expected to moderate on the back of higher costs of living,” said Alliance Bank chief economist Manokaran Mottain.

In the longer term, sustained low crude oil prices would be a challenge in the formulation of future budgets as the substantial contribution from oil and gas is likely to be reduced.

“On the brighter side, this could also encourage prudent budgeting if the government takes this opportunity to consolidate its finances and minimise non-essential expenditure,” said Manokaran.

With the oil and gas sector contributing substantially to government revenue, there is no overnight replacement for this important sector.

While we hope for the oil price to recover, the most obvious task to undertake is cost cutting and effective usage of taxpayers’ money.

Wastage shall be a thing of the past and every cent spent shall be valuable and worthwhile.