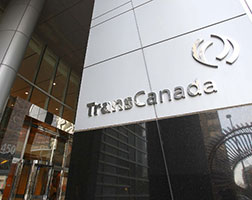 TORONTO — More than 60 organizations are calling on the National Energy Board to suspend TransCanada’s application for the Energy East pipeline.

Groups including Greenpeace Canada, the Council of Canadians and the David Suzuki Foundation said in a letter to the federal pipeline regulator that it should suspend the review process while waiting for new information from the company.

TransCanada Corp. is due to update its application for the pipeline in the last quarter of this year with a new location for a proposed marine terminal in Quebec.

But the groups say the regulator should overhaul the review process entirely and restart its evaluation of the Energy East project from the beginning once TransCanada submits the new information.

The groups accuse the board of ignoring public input expressed in more than 100,000 letters, overlooking First Nations concerns and shutting out those worried about climate change, calling the consultation process a “fiasco.”

The US$12-billion Energy East project would ship 1.1 million barrels of crude a day from the Alberta oilsands to refineries in Quebec and New Brunswick through 4,600 kilometres of pipeline.

Katherine Murphy, a spokeswoman with the board, said in an email that public participation is a key part of the review process and it aims to hear from those “directly affected” by the project.

Public hearings can’t be scheduled until TransCanada finds a new marine terminal and completes its application, she said.

Murphy said climate change is an important issue but has a limited role in the board’s review process.

“Any greenhouse gas emissions that would emit directly from the construction and operation of a pipeline are assessed by the NEB in its project assessment,” she said, adding that broader regulation of greenhouse gases is the responsibility of other agencies.

“The NEB does not regulate the emissions resulting from the public’s demand for and consumption of energy.”

TransCanada is searching for a new location for a planned Cacouna, Que. marine terminal, intended to include storage tanks and a marine port for loading oil onto tanker ships. That plan was scrapped last fall following a Quebec Superior Court injunction against seismic work at the site meant to protect nearby beluga whale calving grounds.

In April, TransCanada cited the search for a new site as one reason for delaying the completion of Energy East by two years to 2020.

The pipeline has faced opposition, with activists citing concerns that oil spills could affect water quality and the development could facilitate expansion of the oilsands.

But TransCanada and other proponents of the project say it would be safer than rail and roads when transporting large oil shipments. – The Canadian Press