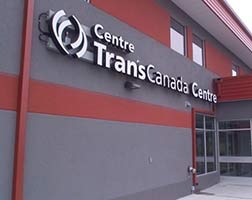 TransCanada Corp , the company behind the controversial Keystone XL pipeline, is scrapping plans for a Quebec oil-export terminal because of danger to whales in the St. Lawrence River, a move that is a victory for environmentalists and which delays the company’s CUS$12 billion (US$9.5 billion) Energy East pipeline project.

The company said it now plans to complete the 1.1 million barrel per day Energy East pipeline in 2020, instead of late 2018, as it rejigs regulatory filings.

TransCanada halted work on the Cacouna export terminal on the south shore of the St. Lawrence River, near Riviere du Loup, Quebec, in December after experts said it would harm beluga whales in the river. They said the whales should be federally protected as an endangered species.

The company said it is now “evaluating other options” for a terminal in Quebec. Refineries in Quebec and New Brunswick would still be connected to the pipeline.

“This decision is the result of the recommended change in status of the Beluga whales to endangered and ongoing discussions we have had with communities and key stakeholders,” TransCanada Chief Executive Russ Girling said in a statement.

Cacouna was one of two export terminals planned for the 4,600-kilometer (2,858-mile) line, with the second to be built at the pipeline’s terminus in Saint John, New Brunswick.

The pipeline, which would take crude from the Alberta oil sands to Eastern Canada and abroad, has yet to face the kind of sustained opposition that has arisen in the United States to the Keystone XL project. Environmentalists, however, said the Cacouna decision could firm up resistance to the entire project.

“Yes it’s a win, but ultimately the entire project needs to be scrapped,” said Andrea Harden-Donahue, energy and climate campaigner at the Council of Canadians

“I think we’re going to see more municipalities taking a stand on this, more landowners. I think (aboriginal group) opposition along the route is strong and growing.”

The government of French-speaking Quebec has maintained the project must benefit the province economically if the government is to back it.

Provincial Environment Minister David Heurtel told CBC News he is still evaluating the project. “We still need to see the full extent of the project before we can evaluate the economic impact of the project,” he said.

TransCanada shares rose 1.3 % to CUS$54.44 on the Toronto Stock Exchange on Thursday.